Explaining Liquidity and the Chinese Plague 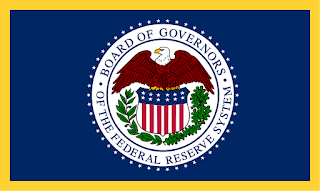 Facebook
Twitter
Pinterest
WhatsApp
The Federal Reserve is now taking steps to stabilize the financial system. The central bank announced on Thursday that it would inject about $1.5 trillion into the debt markets to keep them from collapsing in the face of coronavirus mania. After this news broke, at least a few figures with large Twitter followings seemed to suggest that Fed Chairman Jerome Powell had just bailed out stock investors. Some went further and argued that, if the Fed could afford to intervene here, there was no reason the government couldn’t afford to pay for, say, free college.
This is all very misleading. The Fed is not jumping in to save the Dow Jones. It is not forking over money so traders can buy shares in Amazon. Rather, it’s using its short-term lending powers to prevent the all-important Treasury market from breaking down and creating another financial crisis.

Every single day, the world’s financial institutions fund themselves using transactions that use U.S. government debt as collateral. These are known as repurchase agreements, overnight repurchase agreements or repo deals. One party, say a bank or hedge fund, sells another some securities, usually Treasuries, but agrees to buy them back shortly thereafter at a small markup. It’s effectively a short-term loan with interest. Along with banks, hedge funds, and money market funds, the Fed also participates in the repo market to manage interest rates.
If the repo market seizes up for some reason, much of the financial system ceases to function, since banks and others can’t get their daily funding. The 2008 financial crisis has sometimes been described as a “run on the repo market.”
Imagine a pawn shop, but instead of some guy handing over his Fender for a wad of cash, it’s [JPMorgan Chase CEO] Jamie Dimon walking in with his arms full of Treasuries and a contract that says he’ll buy them all back a day later. Sometimes, the pawnshop owner is Jerome Powell. And if the pawnshop shuts down, then everything goes to hell because Dimon can’t pay his bills. That’s the repo market, in a nutshell.
As the Chinese Plague panic has worn on, however, it has become increasingly difficult to buy and sell U.S. Treasuries like normal—in Wall Street speak, the market has become less liquid. The exact reasons why seem to be a bit complicated, but as the New York Times’ Neil Irwin has written, all signs point to a shortage of cash in the market. This has led to dramatic and bizarre swings in bond values that have spooked just about everyone—because if the Treasury market stops working, so will the rest of the financial system. And lately, there have indeed been increasing signs of distress in the repo market, which also had liquidity problems through much of 2019.
Like a plumber pouring Drano into a clog, the Fed is now trying to fix these liquidity issues by raining down some cash. It plans to do this by increasing its regular repo operations. It offered an extra $500 billion of them on Thursday, and said it would conduct an extra $1 trillion today.
This is all short-term lending against the safest collateral in the world, U.S. government securities. Nobody is just being given money for keeps. This is why the rhetoric we’re seeing—about how if the Fed can lend to the banks then surely Congress can pay for free college or forgive student loan debt—doesn’t much sense. Stirring up populist outrage at the Fed for doing its part to keep the financial system running is misguided. We should want our central bank to keep the financial system afloat.
And then there are war profiteers like Fredd, who took my advice and who are making a killing while Wall Street burns, but I’ll blaggard Fredd in another post….