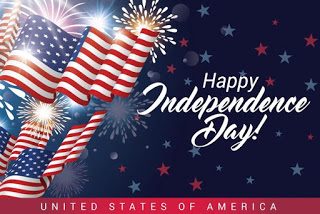 The Holiday that you’re celebrating today only exists because people were armed.


The number of American colonists killed, wounded, captured by the British or died from disease exceeded 50,000. That is 2 per cent of the estimated population of 2.5 million colonists in 1776. David McCullough wrote in his book 1776 that one-fourth of the military age male population died during the 8.5 years of the war. In terms of the 1790 US census, one in four men over age 16 and under age 60 died.
In terms of the US population in 2019, that would be 6.5 million men.

And we as a nation are largely indifferent to those numbers.

I’ve seen quite a few in my life. Mostly when I grew up in a small town. They almost always include the local high school prom queen and her court (a cisgender spectacle that I always looked forward to) riding on a float. The local ambulance, fire truck, police car, and vehicles from the National Guard Armory were interspersed between kids riding bicycles and antique cars filled with antique people.
I like parades. I like to see people having fun on Independence Day. I enjoy BBQing and going to watch fireworks. Judging from other people’s reaction, it’s a popular thing to do. Naturally, the scope of Independence Day is larger in Washington DC this year as we Keep America Great, and the corrupt, lying, smug, sly, elite media are furious. The big argument seems to be that the National Park Service is spending $2.5 million. $2.5 million is spent on a week’s supply of toilet paper in DC. The national debt grows $100 million per hour (fact checked). $2.5 million is almost a rounding error on one hour of national debt. And it’s become a big deal with the corrupt media.