Reparations, and so forth 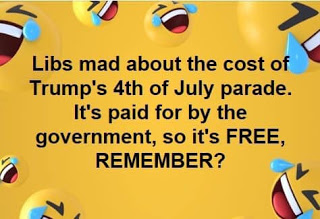 Facebook
Twitter
Pinterest
WhatsApp
Historical Slavery
The first slaves imported into the American colonies were 100 Irish (white) children. They arrived in 1619, four months before the first shipment of black slaves. They were bought in Ireland where the law held that it was, “no more sin to kill an Irishman than a dog or any other brute”.
King James II, followed by Charles I and Oliver Cromwell sold over 500,000 Irish Catholics into slavery through the 1600’s. They went to plantations in the West Indies islands of Antigua, Montserrat, Jamaica, Barbados as well as to Virginia and New England. Irish slaves were less expensive than Africans, and the journey, shorter.
If it comes to socialist reparations, the Irish need to be included in the pay-out.  But that doesn’t fit the narrative, does it?
A Word on Independence Day Parade Expense

Right along with Medicare for all, healthcare for illegal aliens, and paying off your student loan…