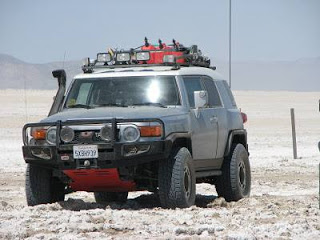 Facebook
Twitter
Pinterest
WhatsApp
Racial Issues and Democrats
The Democrat Party is obsessed with race and it’s odd that they would tout Sen. Kamala Harris (D-CA) as African American. Her mother, Shyamala Gopalan is Indian by nationality (now a naturalized US Citizen) and Indian by ethnicity. Her father, Donald Harris, is a mixed race Jamaican with some African lineage. It’s not a “birther issue”. The Democrats make race a key issue in all politics with the hope of wooing African American voters. So is she Indian, white, or can she claim a smattering of African blood as she makes it all about race?

She was married to Douglas Emhoff, who is white (her current spouse) while she maintained a long term relationship with Willie Brown, a powerful California politician, who is black, so there are apparently no racial barriers there in her personal life.

I’m just asking you the question. If an African American asks the question, it’s ok. If somebody else asks, it’s apparently not politically correct.
Asians tend to vote Republican and they screw up the ‘ethnic angle’ in all racial quota admissions to universities. Because they mess up the whole affirmative action claim that racial minorities do worse than white people and need additional advantages in job hiring, and university admittance, they’re ignored by the Democrats. You won’t hear a word about Chinese, Vietnamese, or other Asian minorities in the run up to their nomination for President. Taiwanese-American Andrew Yang (a New York lawyer) is tolerated under the big tent only because he’s polling somewhere between 1% and 2%. He hoped that his guaranteed national income would go over big in the Asian community, but that flopped. Most Asians are not in favor of turning over the fruits of their labor to lay-abouts. But Yang’s appeal is not to Asians, it’s to white progressive socialists, who are fine with spending other people’s money on social programs. It’s sort of the same crowd that AOC polls well with.
Google Drama
I don’t think that the new and possibly improved version of Virtual Mirage will be up and happy this week. I’m shooting for the following week.
Desert Running

Some people personally jog or run across the desert. There was a time when I did that for a living, but no more. Now, I take another approach. Don’t judge me harshly for wanting to sit in air conditioned splendor while I burn gasoline and contribute to global cooling or warming or whatever. I also bring a cooler filled with ice (energy used to create it may not be contributing to global warming because Arizona uses clean nuclear power) and beverages in cans that may or may not be recycled. There are also likely sandwiches filled with either cheese (that comes from cows, who create climate change) or meat from some sort of creature that once lived (chicken, fish, cows, pigs, etc.)
China Splashes Missiles

The Chinese carried out a missile test over this past weekend, firing at least one anti-ship ballistic missile into the South China Sea. The missile firing was part of a naval exercise taking place in a closure area north of the Spratly Islands. China issued Notices to Airmen (NOTAM) for two areas, effective between 30 June and 3 July. The boxes on the map are an approximation of the closure areas.
The Chinese government said that the military was carrying out drills between the Spratly and Paracel Islands, starting last weekend and ending on Wednesday. It warned commercial shipping not to enter the closure areas.
Missile experts on the web theorized that the missile was launched from a rocket force base on Hainan or from mainland China. Several estimated the missile was an intermediate range ballistic missile, such as the DF-21 or the DF-26. Both have the range to reach the southern closure area from Hainan.
This launch is important for several reasons. It is the first firing of a ballistic missile into the South China Sea. It proves that China intends to use mainland assets to defend its claims to sovereignty. It expands the definition of militarizing the islands into militarizing the Sea.

President Xi Jinping said that China would not militarize the islands, but that promise has been broken repeatedly. In the Spratly Islands, China has installed sensors and weapons and stationed troops on all seven of the islets it reclaimed and improved. A year ago, China installed anti-ship cruise missiles and air defense missiles on Fiery Cross Reef, Subi Reef and Mischief Reef in the Spratly Islands. These three have jet-capable airstrips and facilities for combat aircraft.