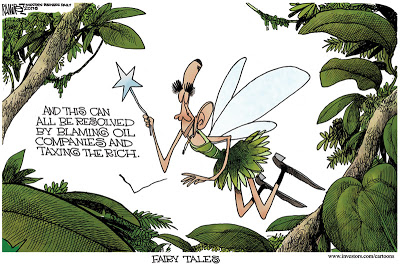 NEW YORK (CNNMoney) — Wal-Mart’s core shoppers are running out of money much faster than a year ago due to rising gasoline prices, and the retail giant is worried, CEO Mike Duke said Wednesday.

“We’re seeing core consumers under a lot of pressure,” Duke said at an event in New York. “There’s no doubt that rising fuel prices are having an impact.” 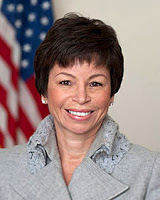 The increase in oil prices in the US is the direct and proximate response to flawed US monetary policy and portents increasing inflation. Obama, the utopian socialist doesn’t see it that way. Liberals feel as though ‘there’s always more money’ and the US Taxpayer can be tapped again and again to fill the coffers. Obama launched his political campaign primarily so he can focus on campaigning and won’t have to deal with pesky details of governance that he’s passed off to Valerie Jarrett (right) and others.
How is the country doing? I think people can answer that question regionally. In Southern California, there are a lot of businesses closing and I can’t recall seeing a single one opening – with the exception of a ‘hydroponic store’ that sells marijuana growing supplies to potheads. I went in and spoke to the guy and asked him how he was doing. He said that he hoped that the home marijuana market would have assured him of a profit, but even he is struggling. He showed me several examples. It’s a pathetic economy that doesn’t even support illegal marijuana grow operations.
I’ve heard that things are booming in Texas and in the oil drilling regions of the US where prices have led to full employment in that sector. I believe that is NOT a nationwide pattern and it will be interesting to find how much love is out there for Barack-the-campaigner.