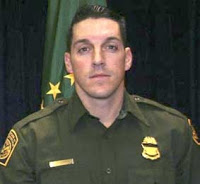 The Obama Administration has denied, obfuscated and is refusing to cooperate with the Congressional inquiry into the Project Gunrunner/Operation Fast and Furious scandal where the US Government facilitated the sale of over 2,500 firearms and ‘countless hundreds of thousands of rounds of rounds of ammunition’ to Mexican narcotics cartels. Some of those (US Govt.) firearms were used to murder US Customs and Border Protection Agent Brian Terry (left) on December 14, 2010.

ATF claimed that an ‘iron river’ of weapons was flowing south to Mexico. After the dust clears, we find that THEY, THEMSELVES were the ones facilitating this iron river. Based on Congressman Issa’s comments above, it appears that Attorney General Eric Holder had been personally aware of Operation Gunrunner and approved it.
Some ATF agents and supervisors strongly objected to the Obama Administration’s program, and gun dealers (who were cooperating with ATF) protested the sales, but were asked by ATF to complete the transactions to elucidate the supply chain and gather intelligence. However, there have been accusations made by the very ATF agents who were conducting the operation that the ATF was attempting to boost statistics to ‘prove’ that American guns are arming the Mexican drug cartels and to further budget and power objectives (to enact stricter gun control laws in the US to curb private ownership of firearms). 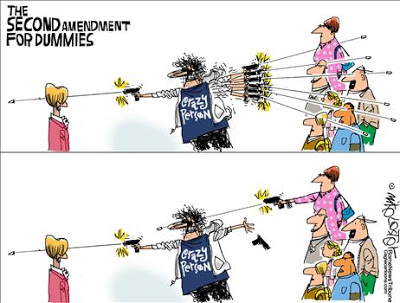 The Obama Administration’s objectives appear to be clear. They planned to use the Second Amendment  as political fodder by blaming law abiding gun owners for a serious crime problem (multi-billion dollar narcotics enterprise) that they could curb by blocking illegals at the US Border ==> but have chosen not to.
“This administration doesn’t have the guts to address a porous border, they don’t have the guts to build a wall, but they have the audacity to try and register law abiding gun owners in this country. It’s not a serious approach to a very serious problem…Focusing on law abiding gun owners is not a legitimate law enforcement tool and should be dismissed immediately in pursuit of legitimate law enforcement needs.” (Cox – NRA)
Perhaps we should merge ATF into Customs and Border Protection and put those agents on the borders capturing illegal aliens, and drug runners? WHY does ATF exist? Do we really need another ‘alphabet agency’???