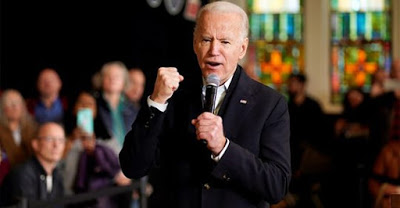 Facebook
Twitter
Pinterest
WhatsApp
The Donkeys
Corrupt, old, senile, Slow Joe Biden keeps asserting that he’s the donkey in the lead, even though he received just over 8% of the voting in the New Hampshire Primary, and that’s no malarky. He fled to South Carolina rather than remain and take the hit and thank his people at a party to honor their hard work. Class act, Joe.
Finishing fifth in New Hampshire should tell the senile old white man something, when people picked the Butt Guy and Klobuchar over him.
Joe, those are black checkers, not Oreos. Don’t eat them. Go back to the home. Today they’re serving vanilla pudding for the afternoon snack.
Poke-a-haunt-us Warren was clobbered too. Liz, Bernie is a better communist. Face it, accept it, and slink back to Massachusetts. 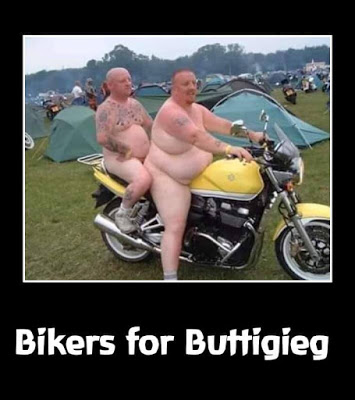 Then there is the Butt Guy and his supporters. (left)
The results are very thin, donkeys. Very thin. Maybe Bloomberg is the right candidate for a party that hates old, white, billionaire, males. Bloomie checks every box. He’s hoping that he can buy the vote. And maybe he can.
All in all, last night was a pretty good night for President Trump – MAGA/KAG.
Amy Who?, the Butt Guy and Bloomie will fight it out with the Bernie bros for the heart and soul of the Democrat Party. And you know that the DNC will cheat Bernie out of his shot at the nomination one more time.
It was kabuki theater of high art and order last night. Most entertaining.
USS Tucson, SSN 770
…sends its best from Hawaii to Virtual Mirage. Which is good news, because I’m headed there soon.