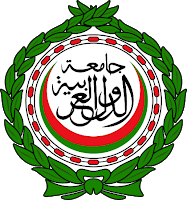 US, Japanese and South Korean official sources reported that North Korea attempted to launch a missile on 22 March, but that it exploded seconds after launch. The missile was launched from a location near Wonsan on North Korea’s east coast. No official service or open source reported the type of missile.

The Norks continue to experience reliability issues. As this blog cited previously, the 50/50 standard of launch reliability and guidance to hit in the general vicinity of where the missile is aimed that they’re going for — remains elusive to them. The nightmare scenario for the Norks is that the people’s rocket would launch and guide on South Korea, China or Japan without controls. That sort of situation would almost certainly prompt a military response of some sort. Then we’re off to the races and who knows where we’ll end up.

On 22 March, Hurriyet Daily News reported that Turkish intelligence sources claim that Russia is building a base in Afrin. A four-vehicle Russian convoy was seen arriving there.
The Russians are sticking to the storyline that they are building a branch center that is linked to the reconciliation center in Latakia. Earlier this week, a Russian spokesman denied Russians were building anything in Afrin.

I have no idea how to comment other than wait, and see. The Russians were invited into Syria and they have done what they did with the permission of the Syrian government.

The fifth round of peace talks on the Syrian Issue will be held in Geneva on 23 March. This will be the first time that the Syrian government and the opposition hold talks on topics on which they have agreed. All parties to the talks expect modest progress at best.
US Involvement

Military. The US acted openly on the side of the Syrian Democratic Forces and the Syrian Kurdish militia, the People’s Protection Units (YPG), on 22 March. US helicopters lifted 500 SDF fighters with US advisors to a blocking position west of Raqqa. They were supported by US Marine Corps artillery fire and by US air strikes.
The operation is proceeding without the assistance of the Turks, whose intervention force and proxy, the Free Syrian Army, are boxed at al Bab, between the Russians and the Syrian Kurds in Afrin and the US and Syrian Kurds at Manbij and encircling Raqqa.
Open sources reported four main areas of fighting on 22 March. One is around Raqqa, mentioned above.
The second and third are Hama and a suburb of Damascus. Groups of fighters affiliated with the Free Syrian Army are fighting Syrian forces and their allies. The fourth area is in eastern Aleppo Governate where the Syrian army is fighting a pocket of Islamic State fighters in Deir Hafer.
The Turkish-backed Free Syrian Army (FSA) and the US-backed Syrian Democratic Forces (SDF) are coalitions of fighting groups. Supposedly these groups all signed up to observe the ceasefire which is monitored by the Russians and the Turks.
Collectively, they are referred to by the UN and others as the Armed Opposition Groups (AOGs), to distinguish them from the hard-core groups that have not agreed to observe the ceasefire. Those groups include the al-Qaida affiliated Jabhat Fateh al-Sham/Al Nusra Front, the Islamic State, and others.
The FSA groups began offensives at Hama and near Damascus about the time the US clarified its position as backing the SDF at Manbij. Their operations would seem to be ceasefire violations.
These operations have several implications. First, they indicate that the Turks are frustrated by the evolution of developments in northern Syria, where they intended to dominate. They have lost their military edge, lost Turkish soldiers and are no closer to creating a Turkish-protected safe zone now than they were months ago.
The second implication of the FSA offensives is that they demonstrate that Turkey continues to support fighting groups who intend to overthrow the Asad government. Turkish politicians had indicated that Turkey stopped those operations.
A final implication is that these operations area reminders that there are so many armed fighting groups with grievances that consolidation and restoration of normality will be lengthy operations, best left to the locals to manage. Syria will remain overrun with armed young men looking for work for years.


29 March marks the beginning of the Arab Summit (2017) in Jordan. There are elements of this event that hold my interest because they touch on a consulting project that I’m engaged with. There was a question as to whether I’d fly there or remain in the US. There seems to be no particularly useful purpose for me to be there personally, and I can fly (first class) and be there the next day if I need to.

The preparatory meetings begin today and I expect some behind-the-scenes fireworks. I can’t discuss my project, however, in a larger context, there is a serious concern about Iran and the expansionist dreams of the Shiia Empire. I don’t know what will come of those discussions but the Arabs are often long on talk and short on action where this is concerned because of the Byzantine nature of the Summit (think of twenty-two chameleons making love in the same confined space).