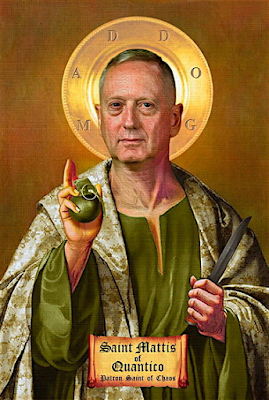 The statement said, “This evidently proves again that the US intention is to bring down the Democratic People’s Republic of Korea by force, hold a military edge in the Asia-Pacific region and, furthermore, realize its dream of world domination will never change and that the chief culprit rendering the situation of the Korean peninsula and the region extremely tense is none other than the US (sic).”

This article serves as the Kim regime’s acknowledgement of the US-Japanese exercises and the deployment of a third carrier task group to the Korea region. It is a placeholder item, pending other, stronger statements to follow.
Several open source analytical centers have concluded that the presence of three aircraft carrier task groups near the Korean Peninsula means that the US is serious about attacking North Korea if it detonates a sixth nuclear device.
When the US commits three carrier task groups to a crisis, it always means the US is serious about escalating the crisis, under some conditions. In other words, the US forces are prepared for general war. The third carrier usually overlaps in relieving the first carrier that arrived in the crisis area.

The Nimitz group, Carrier Strike Group 11, left Naval Base Kitsap-Bremerton on Thursday to join the strike groups centered around the Carl Vinson and Ronald Reagan.

Historical Context and Precedence
We have experienced one reasonably recent crisis in which the US committed three carrier task groups, but no war occurred. That crisis was the Taiwan Strait crisis of 1996. That was the first time the Chinese tried to use military pressure to persuade an independence-minded government in Taipei to refrain from declaring independence from China.

In late 1995 and through spring 1996, China staged large-scale air, naval and amphibious landing exercises on islands and in sea areas opposite northern Taiwan. The Chinese even launched ballistic missiles three times towards Taiwan. Some splashed just outside the harbors of Keelung and Kaohsiung on Taiwan.

In March 1996, the US deployed two aircraft carrier task groups and an amphibious assault ship off Taiwan. A third carrier task group arrived later in rotation. Taiwan did not declare independence. China did not attack Taiwan and no general war occurred.

Three carriers do not mean war is inevitable or unavoidable, but it does mean that general war is a risk for which the US is prepared. North Koreans repeatedly have said that they will attack at the slightest violation of their sovereignty. They mean it. Nevertheless, the North Koreans have not activated the civilian national alert system or their military alert system which are essential preparations for even a limited clash.
The less obvious dangers in the coming week or so are from misadventure. You may recall the North Korean capture of the USS Pueblo intelligence collection ship in 1968 and their shoot down of the US EC-121 reconnaissance aircraft in 1969. The USS Pueblo is a national monument in North Korea.
A US reconnaissance aircraft that strays from its track into North Korean airspace, as occurred during the axe murder/ tree cutting incident in 1976, will be shot at by North Korean air defenses. That would create a dangerous condition for escalation.
Another dangerous scenario would be more North Korean missile launches into the Sea of Japan while Allied naval forces are training. With so many US and Japanese ships in the area, there are many other scenarios in which small incidents and real or perceived slights can escalate quickly with little or no additional warning.
Three-Day Joint Military Exercise
A three-day US-Japanese military exercise in the Sea of Japan began 1 June, a Japanese military statement said. The exercise includes Japanese naval ships, including the helicopter carrier JS Hyuga and two US aircraft carriers, the USS Ronald Reagan and the USS Carl Vinson, as well as their escort ships. US and Japanese fighter aircraft are also taking part in simulated combat, according to the statement.
US Air Force Deployment
USAF deployments of B-52, B-1B, and B-2 strategic assets to Japan, Guam and Alaska have quietly been completed.
SSGN’s
Each US SSGN can carry up to 154 cruise missiles. (primer on US Navy Submarines). The re-deployment of US Navy SSGN’s to the North Korean region is complete. They can remain on station for an extensive period of time. They and the carrier battle groups are supported by an undisclosed number of attack submarines in the area off North Korea. Based on personal experience, my guess is that with the numbers deployed, they’re having difficulty not running into each other as they patrol.
Russian and Chinese Reaction

At the Chinese Foreign Ministry’s daily press session, spokesperson Hua again called on the parties to refrain from provocative action. All the parties are watching the Allied naval forces and gauging US intentions.
Moscow is increasing its military forces in the area of the South Kuril Islands. Russian President Putin said that Russia is seriously concerned about the increase of the military capabilities of the United States near the Korean Peninsula and will not indifferently look on as missile defense systems are deployed in Alaska and in South Korea.

“As to the increase of our military potentials in the Russian Far East and on the islands, in particular: it’s not Russia’s initiative, like in the other part of the world, in Europe,” Putin said on 1 June. He was responding to a question from a Japanese journalist about the possibility of demilitarization of the South Kuril Islands in a meeting with the heads of international information agencies in St. Petersburg.

Saying that NATO bases are approaching the Western borders of Russia and their military contingents are increasing, Putin said, “What can we do – just look at that spinelessly? We are reacting appropriately.”

“The same is happening in the East. Look: one U.S. aircraft carrier arrives, another one arrives, they are saying a third one is on its way there. But never mind. Aircraft carriers come and go. But elements of a missile defense system are being created, which concerns us very much, and we have been speaking about that permanently for ten years. That upsets strategic balance in the world.”

Putin accused the world media and the global community of keeping silent about this problem.

“You all keep silent about that. The world keeps silent as if nothing is happening. No one listens to us. Or they listen, but nothing is broadcast any further. And the global public lives in total unawareness of what is happening. And a very serious alarming process is happening. Elements of the missile defense system are appearing in Alaska and now in South Korea. Should we look at that spinelessly, like in the Western part of Russia as well? Of course, no! We are thinking of how to respond to these challenges. It’s a challenge to us,” Putin said.

All parties to the Korean confrontation are watching and reacting to the Allied force buildup. Russia is on China’s side in opposing the deployment of advanced missile defense systems in South Korea. Their concern will become even more vocal now that the US has demonstrated its anti-ballistic missile capability and edge.
Parting Thoughts
1. The corrupt, elite, smug, lying, nasty mainstream media’s scam in blaming the Russians for Hillary Clinton’s lost bid for the US Presidency limits the US capacity to work with the Russians jointly to resolve issues that might otherwise be on the table for discussion.
2. The Trump Administration is not bluffing.
3. The North Koreans don’t know what is about to hit them – when the balloon goes up.
4. China can fix the North Korean problem, but if they don’t, the US will.