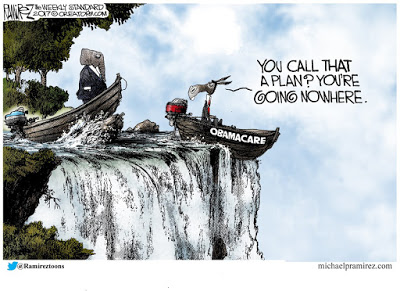 Life is risky. So people have learned to mitigate that risk by paying for insurance, which spreads the risk out like a bookmaker spreads his bets to balance his book (so that he always wins). Healthcare was never an entitlement but Barack and friends elevated it to that status without a way to make it affordable to anyone. Thus the ObamaCare system collapsed just as the Democrats knew that it would. They hoped to install a full socialist healthcare system with death panels for people who were too old to continue to pay in. That’s how it worked, it’s not a secret. But then the Republicans screwed it up by getting elected to a majority in both houses of Congress and to add insult to injury, President Trump was elected.

When I was young, people who couldn’t afford to have a baby in a hospital, had a baby at home. Maybe that was attended by a midwife, maybe not. But babies were born. If there were complications somebody would call a doctor, who would arrive and help with the delivery if he/she could.

Today, the nation feels that it is entitled to Cadillac care, but they don’t want to pay for it – having somebody else foot the bill feels a lot better. But as with all socialist programs, you eventually run out of somebody else’s money.

A response to the Daily Timewaster: The quickest way to put America on a firm financial footing would be for the government to acknowledge that the Social Security Trust Fund was looted by Congress to fund the Vietnam War and that they are repudiating both Social Security and Medicare.

We’ve all been screwed. But nobody has the courage to admit it including President Trump who ran on a platform of saving Social Security.

USGOV blew $6 trillion on the unnecessary war in Iraq and the partially necessary war in Afghanistan (the first two years were useful). Thanks George W. and Barack. We pumped another $3 billion into social justice welfare programs during the Obama regime to buy votes – but that didn’t work out for Corrupt Hillary.

Telling people that there are no more free ObamaPhones, no more free cheese and no more goodies is not something that politicians are able to do (any more than they were during the Roman Republic). As soon as the American Healthcare Act has passed, the Democrats will pounce with the aid of the corrupt, nasty, pugnacious, filthy, elite, mainstream media and will denounce it for taking away “rights” to free/subsidized healthcare for voting Americans.

Our nation is a snake eating its tail. Eat up, take a big bite, because we too will eventually run out of other people’s money.

As to the present healthcare bill, if the House doesn’t pass it and send it to the Senate tomorrow, it’s dead. And all of those folks who have it will have to cope with an increasingly collapsed ObamaCare program as the taxes that feed it dwindle and as money is not appropriated to revive it. The states will muddle along as best they can.

What will President Trump do? He’ll move on having given it his best shot. There are other things that he needs to deal with as president. If he’s fed up enough, he won’t run for re-election and will go back to his mansions, his stunningly beautiful wife and his billions.

The federal government’s core role is providing for the common defense, making treaties with foreign powers, coining money, and regulating interstate commerce. There’s been a lot of slippage. The government owes you protection, some moderate regulation, and so forth — not a lifetime of financial support, free cell service and healthcare.

Which is to say that people need to take responsibility for their own lives. If they do well, nobless oblige requires that they give to charity to help the poorest among us. Or the states can do that. Our human greed has put us into the hole that we find ourselves in — like so many experiments with republics, ours has failed. We’re a welfare state pretending to be a republic.  How else can you frame 65/300 million people receiving food stamps? 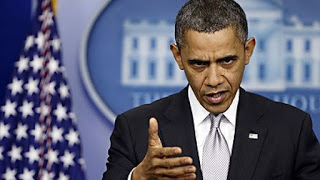 America pushed the most corrupt political machine that the nation has seen in recent years into the White House and to oust it would have been “racist”. They used the IRS and EPA as attack dogs and they spied on us (see Snowden). Other disturbing information is trickling out about spying on President Trump during the transition and leaking it. They initiated Operation Fast and Furious as a scheme and an excuse to pass harsher firearms control. They stole everything that they were able to – looted the nation three ways from Sunday. They offered as much free as they were able and opened the borders to “high propensity Democrat voters” (illegal aliens) in an effort to retain the dynasty. That failed. But they didn’t lose. Not really. They’ll be back.

Now, tell me where I’m wrong.