Hong Kong Protests and other Observations 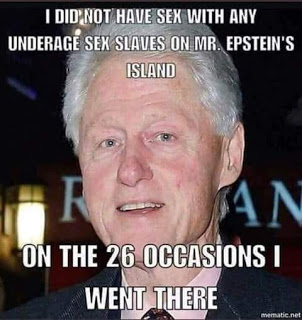 Facebook
Twitter
Pinterest
WhatsApp
Hong Kong Protests
Yesterday, Sunday, 7 July, Hong Kong protestors demonstrated with the purpose of informing Chinese tourists about their grievances and demands. They marched to the high-speed railroad station in Kowloon that connects to the Chinese high-speed rail system at Guangzhou in southern China.

Organizers said about 230,000 turned out for Sunday’s protests. The Hong Kong police said the turnout was 56,000 at its peak. It’s up to you, dear reader, to decide where the truth is. And since the past protests numbered over a million, it’s not inconceivable that Hong Kong could see numbers like that again
The local media in Hong Kong is much the same as CNN and MSNBC are in the US. That is to say that they are not interested in telling the truth and remaining relevant. Hong Kong residents know that Chinese media published limited news coverage of the Hong Kong protests. A BBC reporter said the Chinese leadership wants to prevent the spread of self-help activism to other Chinese cities.
Arrests have begun. News services reported that the Hong Kong police have started arresting protestors. At least 70 people have been arrested thus far. These arrests are the first of many to come. The police are said to be tracking and hunting hundreds of protestors, and waves of city-wide arrests are expected by local journalists.
A legislator on Taiwan has proposed enacting an asylum law for Hong Kong activists. That will go over well with PRC leadership in Beijing.
The protestors have created an escalatory spiral, expanding their demands after the government made substantial concessions and creating new reasons for large street demonstrations.
The campaign for more rights will end with Hong Kong residents possessing fewer rights. Tyranny shows its ugly face. America had that problem with Great Britain in the 1770’s.  Unless Hong Kong “breaks away from the PRC”. Nobody thinks that they have the capacity to do this, and there is no nation with sufficient strength to do that to China with an inclination to help. The leadership in Beijing considers this to be a cancer that needs to be excised as soon as it can manage it (out of the international spotlight). It’s unlikely that the oligarchs who run the People’s Republic of China will unleash the People’s Liberation Army to bayonet protesters in the street. They’ll handle it differently.

What Will Happen to Slick Willy?

Whether the indicted Mr. Epstein ends up in prison, or not, the question of Mr. Clinton and others is far more interesting. Among the rich and powerful in America, there were a lot of male passengers on Epstein’s private jet. And “Fantasy Island” was a powerful magnet, drawing them there.