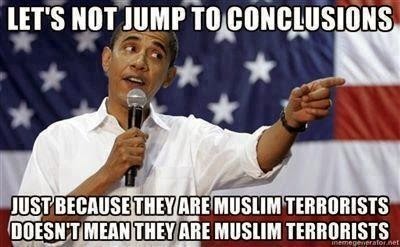 In remarks at a prayer meeting Thursday, President Obama implied Christianity, just like Islam, is filled with people who “hijack religion for their own murderous ends.” This is the progressive disease of moral equivalence at its worst.
In recent days and weeks, the world has watched grimly as the horrific barbarity of fundamentalist Islam has been put on full display.
With routine beheadings, crucifixions, tortures, mass killings of civilians, burying children alive, and, most recently, burning a prisoner alive and filming his death agony to the approving yells of onlookers, it’s clear something is horribly wrong.
As my readers know, I am no defender of homosexuality, but let’s take a look at Saudi jurisprudence when it comes to dealing with homosexuals:

(Wikipedia) Lashings, fines, floggings, prison time up to life, torture, chemical castrations, public whipping and/or the death penalty for the first offense. If convicted twice, you will be executed. Vigilante executions are very common as well, especially by families who want to “save face”. The police participate in executions/torture or turn a blind eye to honor killings. Islamic Sharia law is strictly and emphatically applied. 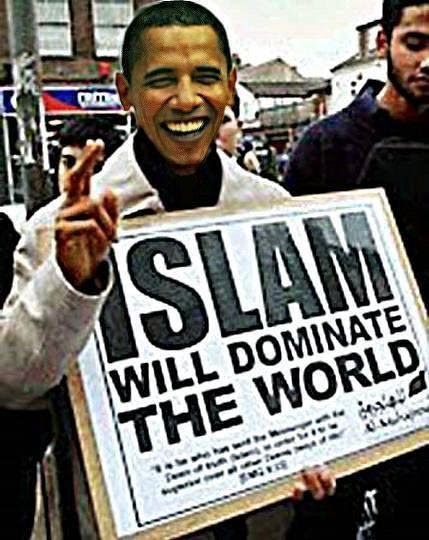 Doesn’t that sound just a bit medieval? Again, I’m not a proponent of sodomy, but is this a kind and loving approach to somebody whose conduct may be other than what you approve of? Saudi Arabia is the very kernel – the very center of the Islamic World. It was also Saudis who flew those airplanes into the Pentagon and the World Trade Center on 9/11. And yet, apart from rather routine denunciations of the savagery, Obama used his appearance at a National Prayer Breakfast to upbraid Christians for their sins.
Meanwhile, how are Muslims in the West treated? With visas, welfare, legal protection, even special speech codes to protect their religious sensibilities, along with copious apologies by people such as Obama. Even terrorists at Gitmo are given Halal meals, prayer mats and Qurans. Can you imagine the prisoners of ISIS being given Bibles and special meals? Would Jewish prisoners of ISIS be afforded kosher food and a rabbi to see to their spiritual requirements?
The West’s Judeo-Christian heritage has led to tolerance, justice, women’s rights and the abolition of slavery. Neither slavery nor Jim Crow laws were “justified” by the U.S. Christian mainstream. Indeed, as history shows, Christians were the driving force behind the anti-slavery movement in the U.S. But slavery is still found in the Muslim Mideast and Africa.
Progressives (and homosexuals) need to be careful what they are begging for, and what President Obama seems to be championing.