It’s said that Civil Wars are the nastiest. I can’t disagree. America’s War for Independence, and the War of the Roses are discussed below. In many quarters America is still fighting the War of Northern Aggression/Civil War.  A simmering ‘cold war’ between globalists and nationalists – between advocates of huge government as a socialist arbiter and nationalists advocating smaller government, dare we say, a Republic,  plagues us today as the national government barricades itself behind razor wire and armed troops in the capitol.

Rome fought a number of civil wars during its history. Are they inevitable?

Of course civil wars are fought for the benefit of the rich and powerful – to hold power, often legacy power, or to seize that power, authority and privilege. Today we have oligarchs in the shadows in a very similar way to the oligarchs during Roman and later, the Byzantine Empires, who push the pawns and bishops around the chessboard.

Turning in a Patriot

Most of us know that someone who knew Nathan Hale turned him in to the British. There were informers then as now, as always in history. In this case it may have been his cousin, Samuel?

Nathan Hale was a descendant of John Hale, first minister of Banby, Massachusetts. He was the sixth child of Richard and Elizabeth Hale, and was born in Coventry, Connecticut. He graduated at Yale College in 1773, with distinguished honors. Of his private history little is known. The subjoined account was published sometime after his execution in New York City.

You have to wonder if Captan Andre, the British intelligence officer gave Samuel thirty pieces of silver. Or if Samuel did it for shits and giggles. 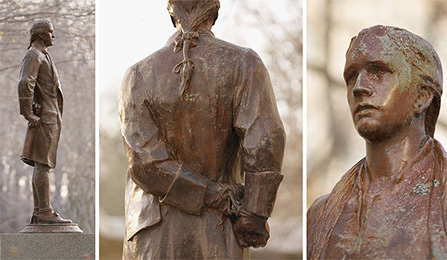 There is a message in this account for us today. I’ll let you work that one out. The statue (pictured above) is at CIA Headquarters.

Before Hale swung from the rope he said, “I regret that I have but one life to give for my country.” Who would he have become had he lived?

Footnote: John André was a major in the British Army and head of its Secret Service in America during the American Revolutionary War. He was hanged as a spy by the Continental Army for assisting Benedict Arnold’s attempted surrender of the fort at West Point, New York, to the British.

This week in History, The Kingmaker was defeated by Lancastrian forces at the Second Battle of St. Albans in 1461.

In an effort to block the Lancastrian forces from marching on London after their victory over and the death of Duke Richard of York, six weeks earlier at Wakefield; Richard Neville, Earl of Warwick (called “The Kingmaker”), gave battle at St. Albans (site of the first battle of the War of the Roses). 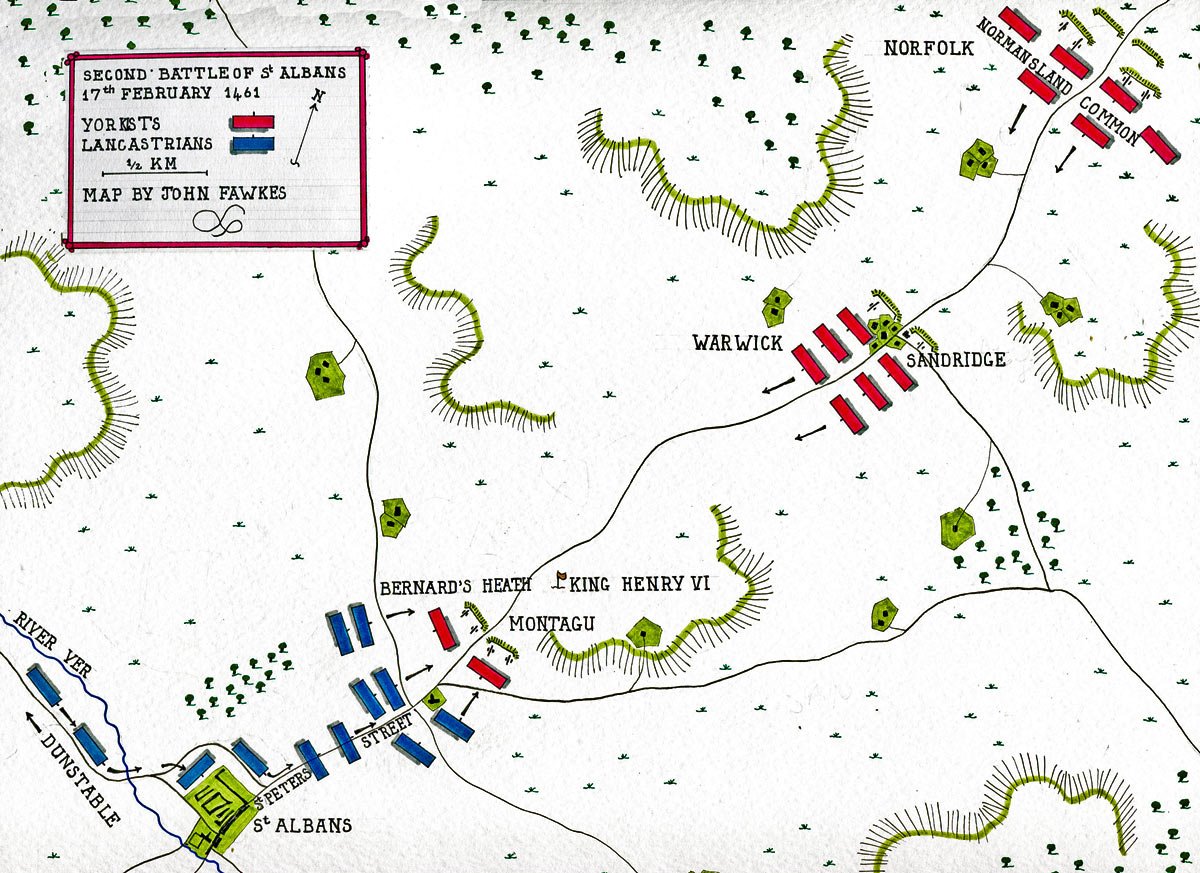 Outnumbered half-again by the Lancastrians, who were commanded by the Duke of Somerset (accompanied by a force of young nobles and Scottish Borderers), Warwick’s army was routed. The mentally ill King Henry VI was freed from Yorkist captivity, and reunited with his family.

The Lancastrians were denied London by the wary townsmen, mindful of the Lancastrian’s reputation for pillaging.  Out of frustration, Queen Margaret executed several ranking Yorkist prisoners, including two knights who had decided to stay by King Henry’s side to protect his person, instead of fleeing to safety. One of these was Sir Thomas Kyriell, a hero of the Hundred Years War who had led the English forces to victory over the French at the Battle of Formigny in 1450. There wasn’t much gratitude for loyalty or respect for past glory. 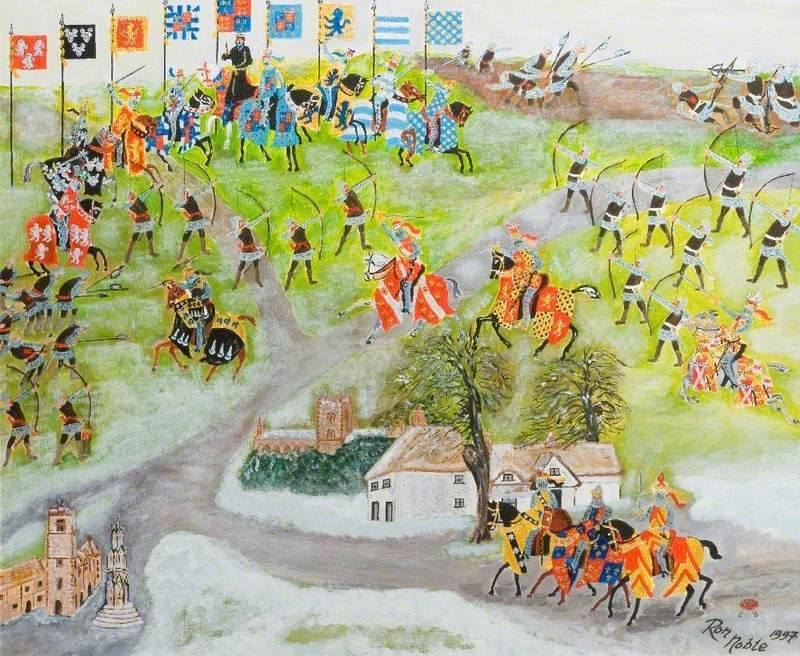 The Lancastrians returned to the north. There, in Yorkshire the following month, they faced the new leader of the Yorkist faction, Edward of March (the future king Edward IV) at Towton, and fought the largest and bloodiest battle ever fought on English soil.