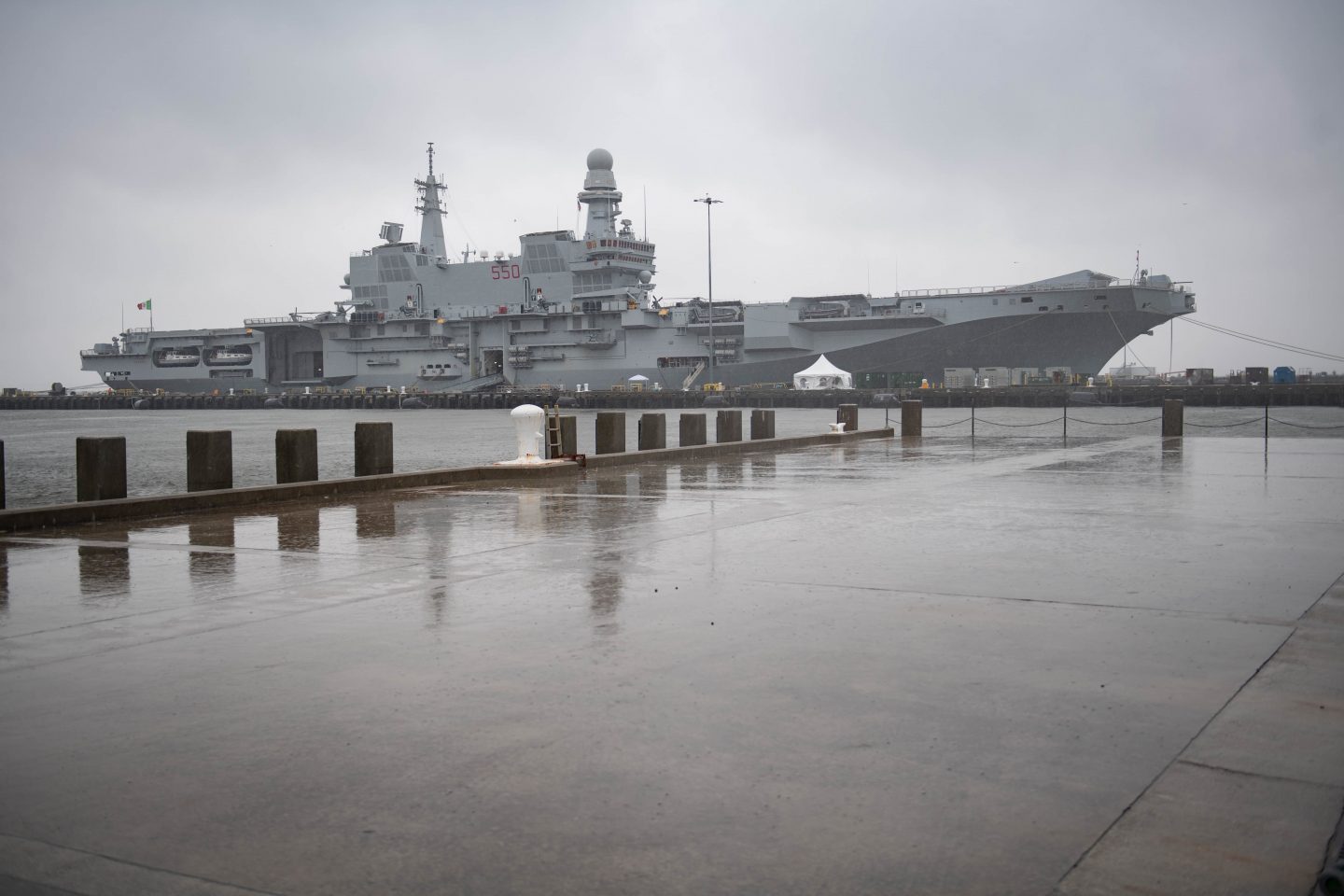 Italian aircraft carrier ITS Cavour (CVH 550) is in Virginia as part of its effort to become certified to operate the F-35B Lightning II Joint Strike Fighter.

The ship arrived at Naval Station Norfolk on Feb. 13 and will work with a test team from the F-35 Joint Program Office (JPO) “to conduct sea trials, a series of tests and functional activities to create a safe flight operating envelope for the short takeoff and vertical landing (STOVL) variant of the 5th generation aircraft aboard the recently upgraded ship.” …more at the USNI Blog 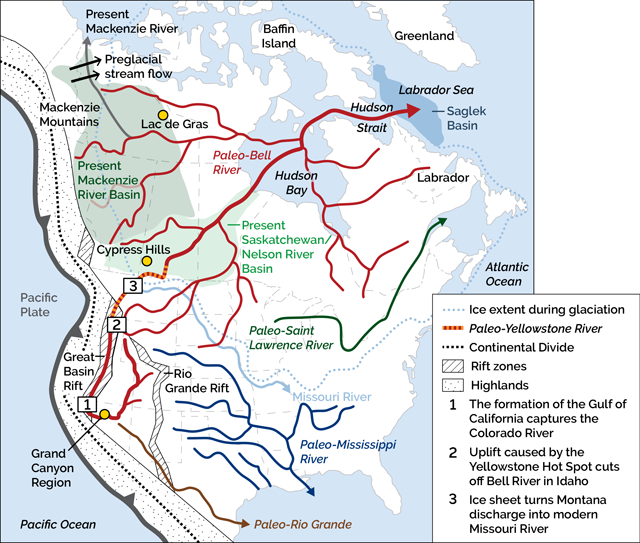 A generalized reconstruction of Paleo-Bell River drainage and evolution of other major rivers in western and northern North America, after James Sears and others.

By the Miocene, the Paleo-Bell River Basin reached its greatest extent. Rifts like the Rio Grande and Great Basin created an ancestral Colorado River that was yet to establish a course to the Pacific (location 1). Instead, it flowed north from the Grand Canyon region through structurally controlled valleys and into the larger Paleo-Bell River Basin via an ancestral Yellowstone River, whose gravels cap the Cypress Hills. This route was blocked by eruptions of lava in the Snake River Plain (location 2) associated with the Yellowstone Hot Spot. Repeated glaciation starting about 2.6 million years ago diverted north-flowing rivers like the Paleo-Yellowstone along ice sheet margins (location 3) to form the Missouri River.

How Many do you Give? 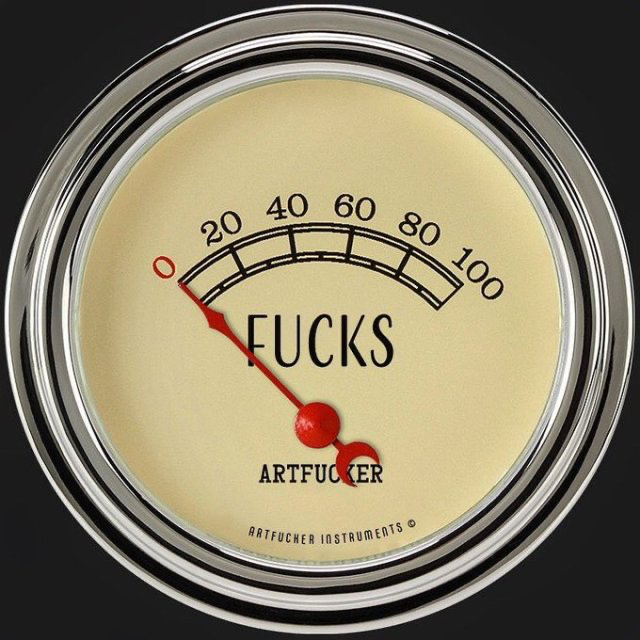 Getting an Itch Scratched. 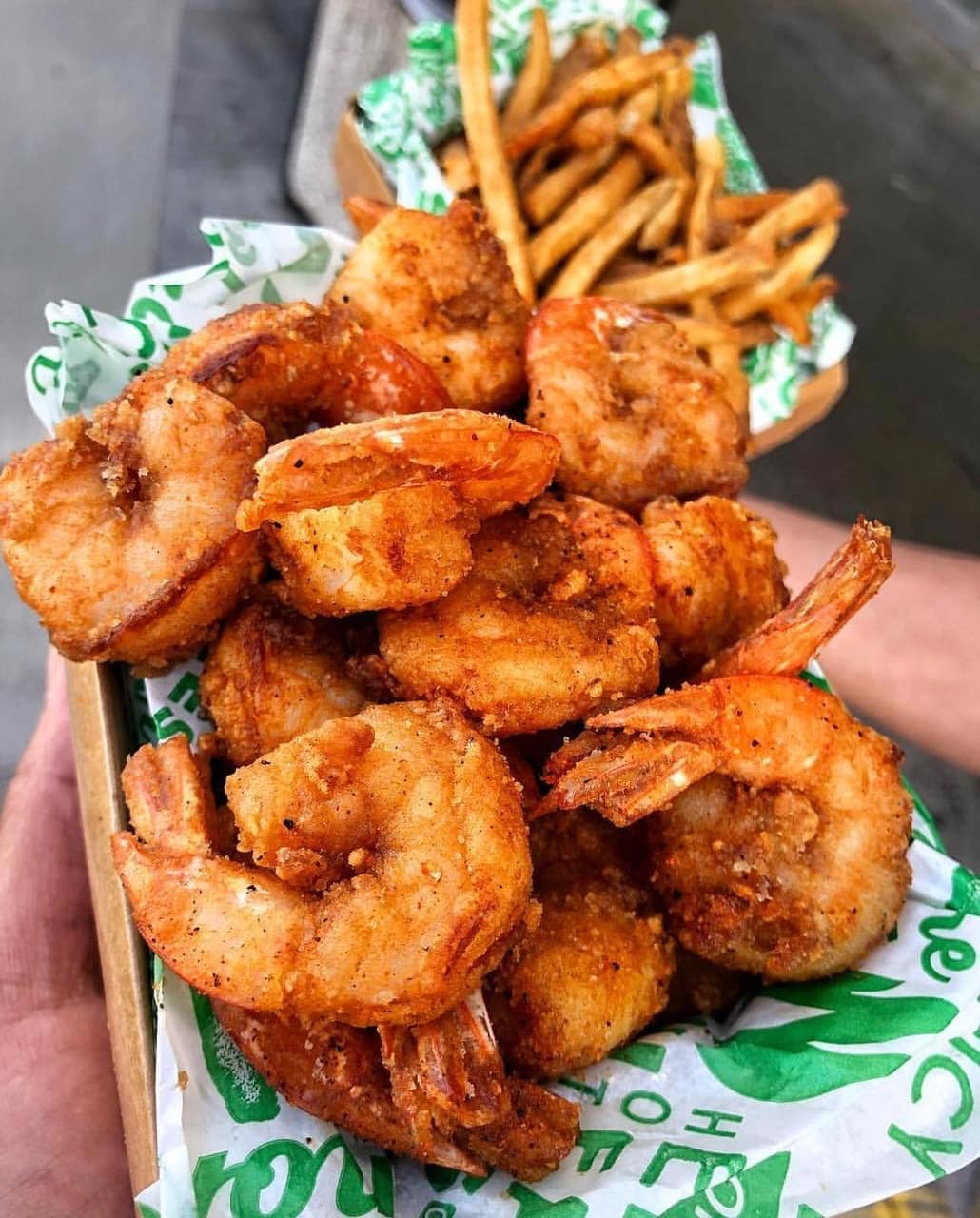 I know that they are sort of sea-lice, but they taste good.

(Defense News) ROME — First there was the video from Libya of a Turkish drone destroying a Russian Pantsir missile defense system.

Next came the veteran S-300 air defense system — also Russian — being taken out in Nagorno-Karabakh by an Israeli-built Harop loitering munition.

In the conflicts in Libya and Nagorno-Karabakh last year, unmanned platforms often made short work of the ground-based systems designed to neutralize them, paving the way for easy attacks on vulnerable troops.

What is more, experts say, is that the balance of power between drones and air defense systems is shaping up to be a key to global wars in the near future.

“Libya, Nagorno-Karabakh and also Syria have just showed us that if a fielded force cannot protect its airspace, then the large scale use of UAVs can make life extremely dangerous,” said Justin Bronk, an air force research fellow at the Royal United Services Institute in England.