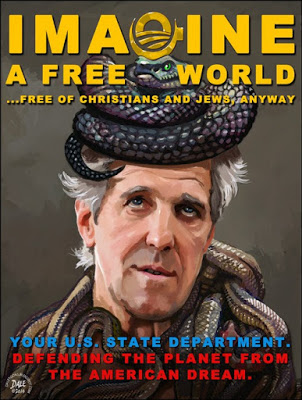 Facebook
Twitter
Pinterest
WhatsApp
As time marches, the investigation into now thousands of classified e-mail messages sent by Secretary of State Hillary Clinton, continues.
Some cynics believe that the FBI will sweep her high crimes and misdemeanors under the rug as her party would prefer. I, on the other hand, have a modicum of hope (or maybe less than a modicum) that it will go the other way and American justice will at least be clean enough to present the facts to the US Justice Department. Anything else will be an indictment on the FBI and on the integrity of the entire system.

Having to wait for FBI Director Comey’s memoirs to come out in eight years when he leaves office to say, “I tried”, is not at all satisfactory.

In his blog yesterday, Fredd discussed the situation with labor unions in Chicago, with a focus on the disgraceful, moribund police department.  However, political parties are also labor unions. Unions for politicians to join. Which is why everyone fears Donald Trump, because he’s not part of their club. But I digress. The Club (Democratic Party) can’t have their favorite candidate being locked up by their own people any more than the Chicago machine wants to show the video of the police pumping round after round into a suspect that didn’t pose an imminent threat.

Thus my question is a very hypothetical one, with a strong emphasis on the fact that the Bitch of Benghazi, irrespective of her incompetent, reckless and vicious past, will be the Democratic Party’s nominee for president.

Unless the FBI surprises us.

Is old Joe Biden the go-to candidate? He who declined to run for office? Or is it maybe someone of similar stature to Clinton? Say, her successor at the State Department, John (Swiftboat) Kerry? His wife clearly has the money to finance another run for the White House. She’s not as rich as Donald Trump, but at $3 billion or more, she can pay the tab.

You’ll recall that Secretary Kerry did run for the presidency once before, and was soundly defeated. Thus he has experience both as a national candidate and being beaten by the opposition party in a contest for national office.
The jewel in Kerry’s achievements as SECSTATE is the Iran nuclear deal. Is that deal defunct since (a) the Iranians didn’t sign it and; (b) The Iranians are actively testing ballistic missiles to use against Israel and The Great Satan? I don’t think so. The Obama Administration and Swiftboat John have been clear about wanting the deal no matter what.

Swiftboat John or The Donald?