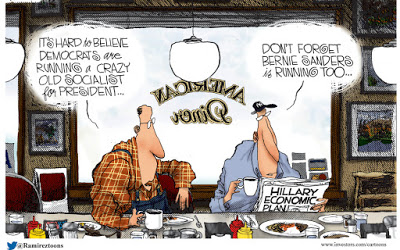 Facebook
Twitter
Pinterest
WhatsApp
Is New Hampshire Ready for Hillary?
The short answer is that they don’t seem to be since she is trailing Bernie Sanders, a seventy-four year old communist, by double digits and the gulf widens with every single poll.

According to Politico there is a small but loud contingent of long-time Clinton supporters who want her to abandon the effort in the New Hampshire primary and concentrate on other states.

She’s also losing in Iowa based on polling, but not as profoundly as she is in New Hampshire. Maybe that’s why she has stooped to  doing comedy skits on Saturday Night Live? Will those skits allow her to relate to her base? And what will Mrs. Clinton do if she ends up facing Mrs. Fiorina in the general election? Carly will shred Hillary in any debate, and will deny Hillary the gender card, which has always been her go-to strategy against any male opponent.

Fox News – The Obama Justice Department will release 6,000 inmates from federal prisons beginning Oct. 30. The full number will be over twice that many. What the mainstream media is not saying is that about 90% of those to be released are Afro-American crack dealers.
Many in law enforcement think that the job security and overtime that they will receive from the massive Obama clemency is good news. As they used to say on the homicide squad — “When your day ends, ours begins…if it’s worth doing, it’s worth doing on overtime.” 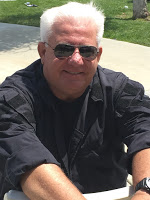 As many of you know, I have moved into the “general consulting business”. That means that I threw my hat in the ring and am working on a few different projects on hourly/daily/weekly rates. One at the University of North Texas, one dealing with energy consulting (oil/LNG), and one other that I’ll leave anonymous.
I added one more client, signing the contract this week, and I will be a technical advisor on a television series that will be new in 2016. I start next week. I’m working with the writing team in Hollywood and will be traveling to various location sites to give input. Nice work if you can get it. I’m not putting details into the blog yet, but all will be revealed in time.
I’ve sold two scripts to Hollywood in the past. One went to Mustang (owned by Madonna) and never went anywhere and the other went to a couple of nimrods, living on trust funds, who started to shoot the movie, and then went out of business. This time, I’m just hanging out, throwing pearls of wisdom to the writers & production team, and getting paid to do it.
There’s a lot of traffic between home and Hollywood, but I can split lanes on the Ducati Diavel.