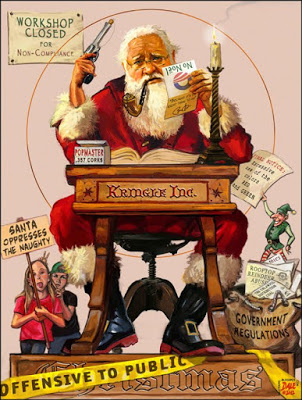 Facebook
Twitter
Pinterest
WhatsApp
The weather in SoCal has taken a nasty turn for the worse. It was 88 degrees on Wednesday afternoon at home. Yesterday it dropped to highs in the low 80’s and is cause for breaking out the winter wardrobe.

When I rode the motorcycle in to Anaheim to meet fellow blogger, Old NFO, for lunch at P. F. Chang’s, down the street from Disneyland (happiest place on Earth), I had to decide whether to wear a short or long-sleeved shirt. Such were the daunting issues of the Season yesterday.

On the home front, we’re making do, as best we can as we prepare for the onset of Christmas. Of course the time is somewhere near the middle of Hanukkah, which is only celebrated by Jews BECAUSE of Christmas. Then there is ushering in the New Year where people make vows that they have no intention of keeping.

My family is large enough with 4 daughters, sons-in-law, grandchildren and shirt-tail relatives that we celebrate one birthday party per month for everyone who has a birthday in that month. It is the only way to manage the carnage. For me and my two youngest grandsons, it’s coming up next Sunday and the fare will be pizza and salad. The birthday boy/son-in-law-to-be is still in Navy flight training and won’t be here until something like December 20, which means that we’re unlikely to save him a slice.

For some, the holiday season includes Festivus and Quaanza (of equal validity and consideration). Any excuse for a bit of over indulgence – sort of like looking up to see if the sun is over the yard arm yet.
I have not visited a shopping mall (temple of greed) this year and I doubt that I shall. It’s just too easy to drop the credit card on-line and have the junk delivered to the door. Some of the toys for my hoard of 7 grandchildren have been purchased at Costco. I picked up one jem for my four-year old grandson/namesake who is a bit aggressive – a toy compound bow with suction tipped arrows! What grandpa wouldn’t give that to his grandson — to take home…?
The tree is up, the lights twinkle, and the smell of fresh pine reminds me of deer seasons past…

Liberals howl in anger at the concept of Christmas and want to remove the holiday from the American lexicon, but it remains (if only to keep businesses open for one more year). ISIL’s minion and spouse,  attacks a county mental health facility and murders helpless workers having a Christmas Party, but tradition is stronger than ISIL thugs.

Then there is faith. You who know me personally, understand that I am a man of faith who has spent considerable time pouring over old (occasionally dusty) tomes. Study without prayer is a waste of time. Christmas and the season provides time for that as the world spins down and the phone stops ringing so often.
And on a personal note: Those of you who don’t know me personally, won’t understand that this is a weird time of year for me. I lost my younger brother on December 21, my father and step-mother on December 30, and while the month clearly isn’t cursed for me, it’s a time that assembles a number of ghosts (in a metaphorical sense) in a non-Dickensonian way. I had a couple friends die in the War on Terror (now called a ‘foreign contingency operation’ under this administration in December. One friend rolled a HUMVEE in Afghanistan and they found him ejected and laying 100 meters down slope from the road with a snapped back (motorcycle riding buddy). He lived – but that was December too. It’s a birth month for me, and a time to take stock of time spent and to plan for remaining years. In short, I feel depressed all month long. I can fight it and put lipstick on a pig when that is called for, I can decorate trees and drink eggnog, but I can also be an introvert during this time of year. And it’s been true every year for quite some time now. So mia culpa to those of you who I may offend, ignore or snap at. I usually pull out of it by January.