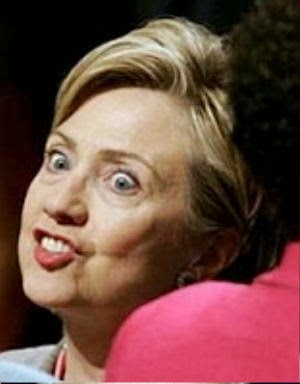 It’s not a new story, but like NBC’s Brian Williams, it now out that Hillary Clinton lied about taking sniper fire in Bosnia. (LINK)

Sharyl Attkisson (CBS News): …Nothing else makes sense. I do a little research and discover Clinton is referring to the trip on which I accompanied her. She’s claiming that, as our military plane landed in Bosnia, we took sniper fire. She even says she had to duck and run for cover to escape the flying bullets.

The idea is ludicrous. Yes, we flew into a recent war zone and were told it could be dangerous. We were prepared for the possibility of hostile fire. But it never materialized. And the fact is, had hostile forces fired upon our aircraft, our military pilot wouldn’t have just flown right into them and landed. Especially considering that accompanying us on the trip were the president’s daughter, Chelsea, and two entertainers who came along to perform for the troops: comedian Sinbad, and singer Sheryl Crow. If there had been any threat of our plane being shot at, we simply would’ve flown to an alternate, safe destination.

Sure, she was just looking for some street creds so that she could claim that she had been in a war, just like so many (other) US Veterans in the hope of getting a few votes. It won’t matter, though, because she is the Democratic Party’s only candidate and they’re stuck with her…and the media is a wholly owned subsidiary of the Democratic Party, so there isn’t anyone to point out the lie to the generally clueless American voting public.

I, for one, want the old woman on the campaign trail so we can hear more tall tales from the Secretary of State who screwed up everything that she touched. Will she end up filling Barack’s size 13 wingtips? She is in the lead for the US Presidency based on every poll out there.