Eye in the Sky

Whatever Happened to USA-247?

Also known as National Reconnaissance Office Launch 39 or NROL-39, its monopulse radar 3-D imaging technique uses 1-D range image and monopulse angle measurement to get the real coordinates of each scatterer. Using this technique, the image doesn’t vary with the change of the target’s movement. Monopulse radar 3-D imaging utilizes the ISAR techniques to separate scatterers in the Doppler domain and perform monopulse angle measurement.

Monopulse radar 3-D imaging can obtain the 3 views of 3-D objects by using any two of the three parameters obtained from the azimuth difference beam, elevation difference beam, and range measurement, which means the views of front, top and side can be azimuth-elevation, azimuth-range, and elevation-range, respectively.

USA-247 and its sister satellites are part of the Future Imagery Architecture program. The last of the five to be launched was USA-281 (NROL-47 or 43145)

They’re still in orbit but the new game (not radar mapping) is the Next Generation Electro-Optical (NGEO) – satellite series, or KH-11 Block 5, the latest of which was launched this past April (USA-314). Each of them costs more than a Ford Class aircraft carrier.

The logo was deemed to be insensitive by many.

The National Reconnaissance Office explained, back eight years ago, “NROL-39 is represented by the octopus, a versatile, adaptable, and highly intelligent creature. Emblematically, enemies of the United States can be reached no matter where they choose to hide. ‘Nothing is beyond our reach’ defines this mission and the value it brings to our nation and the warfighters it supports, who serve valiantly all over the globe, protecting our nation.”

The answer to the question of where it is – physically – is classified, but it’s still up there. And it’s rumored to have an advanced LIDAR capacity as well which means that it can see underground – mine shafts and such.

Back to the KH series: 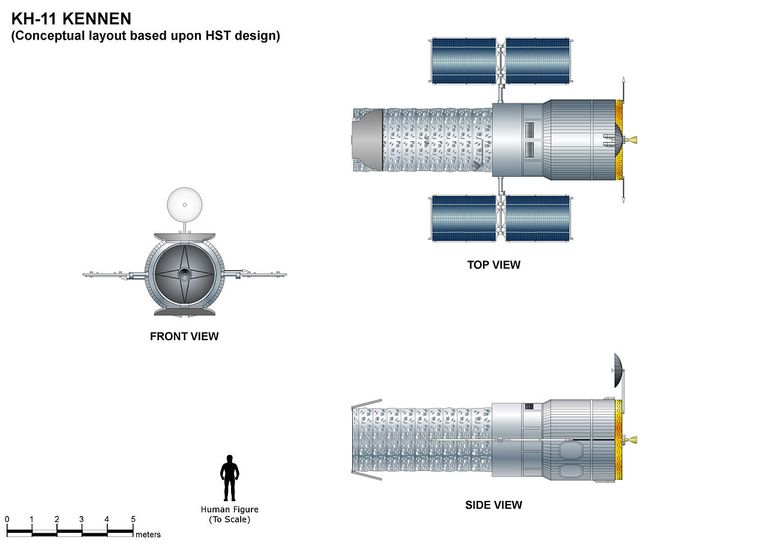 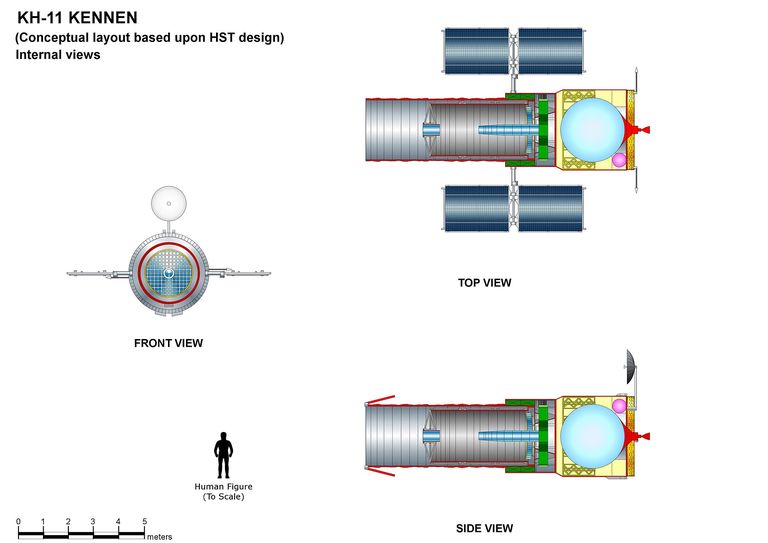 Note: All of this is open-source information.

Can they read the time from your wristwatch? Count on it. It’s the Hubble Space Telescope looking down,  and there are several of them.