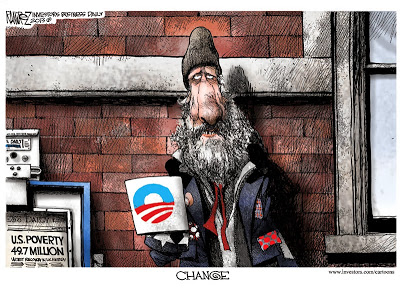 Bill Clinton is out stumping for Hillary by coming out in the press, asking for President Obama to make good on his promises: You can keep your doctor, you can keep your health insurance, you can go to your hospital for treatment. We know that Barack can’t do that without dismantling ObamaCare, the great holy grail of the liberal movement. By saying that, the former President is expressing a political viewpoint that his wife will be pushing as she runs for the presidency. Hillary will run on a platform of repeal and fix — you heard it here first.

Besides the Benghazi Scandal, what exactly did Hillary Clinton do while serving under Barack Obama as Secretary of State? She might tell you that she presided over the “Arab Spring” because that turned out rather badly primarily because of botched diplomacy, which she presided over. She also might NOT tell you about the Arab Spring. She was a champion of ObamaCare — but she may not want to push that laurel too hard either. She ate a lot of rich food and gained thirty or forty pounds while Secretary of State but she’ll be farmed out and leaned out by the time she runs for Leader of the Free World. Frank Bruni (NY Times – cited below) says, “We’ve also had glimpses of the Clintons as an entrenched, entitled ruling class. To a degree that has turned off even some of the couple’s loyalists, Bill and Hillary have been unabashed lately in their coronation of Chelsea as the Clinton in waiting, the heir to the throne.”
Hillary Clinton believes that she’s entitled to be Barack Obama’s successor so that she can continue his mission of hope and change, “fundamentally transforming America”. Hillary is a female and reputedly gay, which will both play well for her with the progressive crowd that hopes to crown somebody of that persuasion. What has she DONE to qualify her for the White House? She served as First Lady, scammed a seat in the US Senate and was Barack Obama’s drone. Not that impressive, but clearly every bit as impressive as Obama’s tepid credentials.

(Fox News) An NBC/Wall Street Journal survey found that Clinton’s favorability rating had slipped from 56 to 46 percent, while her unfavorable rose from 29 to 33 percent.

“And what would the argument for a Hillary presidency be? Something interesting happens when you ask Democrats why her in 2016. They say that it’s time for a woman, that she’ll raise oodles of dough, that other potentially strong candidates won’t dare take her on. The answers are about the process more than the person or any vision she has for the country. There’s no poetry in them. That’s not good.”

Hillary Clinton is the Democratic Party’s front-runner. Joe Biden is somewhere in the pack with +/- 1% total, and I think that even those dismal numbers are fudged for the sake of Biden’s libido.  But…

Inside the Beltway with unrestrained government spending, property values continue to soar and the economy is roaring. That’s not true in other parts of the country (except for Texas and North Dakota).

The Democratic Party is spending money on social programs like a drunken sailor on liberty, but what is it really buying them? The general disgust with political insiders like Hillary reflects in the unfavorable polling numbers of both Obama and Congress.

(NY Times) Hillary Clinton of all people knows how political fortunes turn on a dime. But she must be puzzled nonetheless, and spooked, that over a six-month period when she made no big news whatsoever, her popularity took a double-digit tumble.

These unusually big numbers suggest a climate in which someone who has been front and center in politics for nearly a quarter-century won’t make all that many hearts beat all that much faster. Voters are souring on familiar political operators, especially those in, or associated with, Washington. That’s why Clinton has fallen. She’s lumped together with President Obama, with congressional leaders, with the whole reviled lot of them.

Frankly, I’m not sure what the political difference is between Hillary Clinton and Governor Chris Christie. Yes, both are over weight, but I’m talking about politics, where they are more or less the same creature in that respect as well.
Christie has three years to show us how he’d be different than Hillary.  BUT, I, for one, have never seen them both at the same party at the same time…