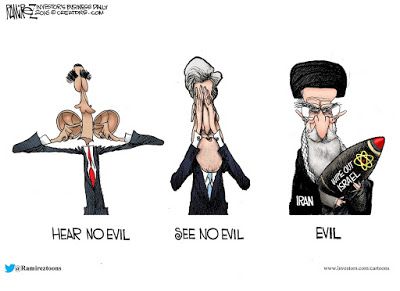 Facebook
Twitter
Pinterest
WhatsApp
Shamelessly stolen from the Daily Timewaster:
I don’t know why they call this an “attack ad”. It’s just an ad about Hillary Clinton (For Prez). And while we’re on that, she has promised to make her presidency a “third term of Obama”…but is preaching ‘hope and change’. The weird old lesbian crone says it and her people lap it up as if it was honey. She also said that nobody died in Benghazi, Libya. I think that goes well with the time honored quote, “At this point what difference does it make”.

The next president will have to deal with the current president’s fecklessness when dealing with Iran and the danger that they pose to both Israel, Europe and the USA (and Russia).  Would they fear a Kasich presidency? That’s a good question for you Kasich fans to ask yourselves.