A Few Questions for USGOV 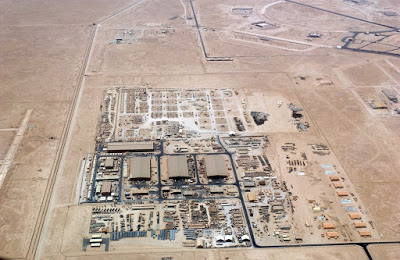 Facebook
Twitter
Pinterest
WhatsApp
Is the Muslim Brotherhood a Terrorist Organization?
It hasn’t been so designated in the US as of yet. The Obama Administration shielded them and worked to assist them in their effort to take over Egypt – but the Brotherhood was thwarted by the Egyptians.  (If you’re tired of politics, you can watch this non-documentary on things Egyptian)

(Fox News) There’s a battle inside the Trump administration over what to do about the Muslim Brotherhood, the group at the center of Monday’s pivotal decision by Saudi Arabia, Egypt, the United Arab Emirates and Bahrain to cut ties with Qatar over allegations it supports terrorism.

Qatar has dumped a lot of money on K Street to buy lobbyists to plead their case and it worked during the years of Obamanation when the Clintons (who are said to have socked over a billion dollars in a Qatari bank) and Obama were for sale in a pay-to-play game that is familiar to everyone inside of the Beltway.
President Trump asked Arab nations to police themselves two weeks ago. Now they are doing it. Qatar has long been considered a supporter of terrorism by several key American allies including Egypt, Saudi Arabia and the United Arab Emirates.

The camps inside the White House, break down to two groups: On one side is a political group led by Chief Strategist Steve Bannon and the other side is led by National Security Adviser H.R. McMaster and Defense Secretary Jim Mattis. Generals McMaster and Mattis are said to be concerned about America’s deep military commitment to Qatar, where the U.S. operates a key airbase; Bannon is said to want to push for an official designation of the Muslim Brotherhood as a Foreign Terrorist Organization.

When asked if the U.S. is considering changing its position, a State Department official told Fox News: “The Muslim Brotherhood is not a Foreign Terrorist Organization.”

There are factions of the Muslim Brotherhood who do not support terrorism, while others rabidly do. Targeting the entire Brotherhood, may be a mistake. However, Qatar clearly falls within the sphere of influence of the radical Brotherhood as does Hamas, which is a spin-off of the Muslim Brotherhood. Muslim Brotherhood affiliates in Yemen and Egypt are clearly terrorist operations.
USGOV has tasked Treasury to determine which factions of the Brotherhood are supporting terrorism.
It’s interesting to see the US (Democrat Party) groups call what Saudi Arabia, Egypt, Bahrain and the United Arab Emirates “Islamophobic”.
The remnant of the Obama Administration supports Qatar. So do many who date back to the Bush Administration and the days not all that distant when USGOV pumped billions into a joint intelligence center, air force base, etc. in Qatar…
The Muslim Brotherhood is generally regarded as the ideological forerunner of both al-Qaeda and ISIS. Saudi Arabia knows that. So does Bahrain, Egypt and the UAE. It’s why they are politically isolating Qatar as a form of cancer. The White House is split on it (why?).
What do you think?