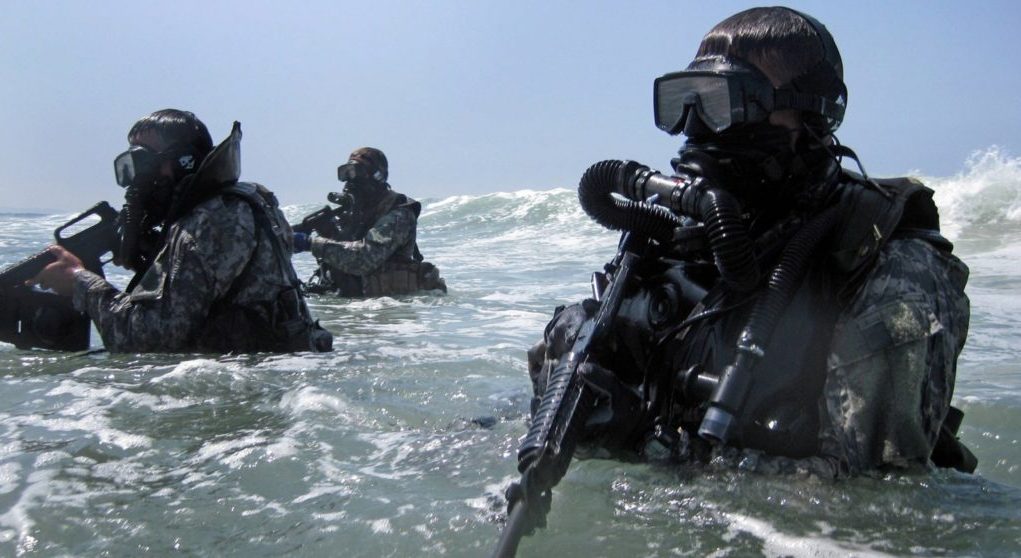 (Associated Press) I encourage you to read the entire article, because it is a sign of the times.

WASHINGTON (AP) — Ten years after they found and killed Osama bin Laden, U.S. Navy SEALs are undergoing a major transition to improve leadership and expand their commando capabilities to better battle threats from global powers like China and Russia.

The new plan cuts the number of SEAL platoons by as much as 30% and increases their size to make the teams more lethal and able to counter sophisticated maritime and undersea adversaries. And there will be a new, intensive screening process for the Navy’s elite warriors, to get higher-quality leaders after scandals that rocked the force and involved charges of murder, sexual assault and drug use.

“Political reliability” including an adherence to principles of social justice are not the prime measure of whether officers will be given assignments within the teams or booted out.  Screening for political reliability was a key component for selection and promotion within the old Soviet Navy, modern Strategic Rocket Forces and today within the Chinese People’s Liberation Army’s Navy (PLAN).  Adding zampolits/political officers to SEAL platoons who will continually assess that political reliability is part of the navy’s new plan for its special operations component. The political officers are to be fully qualified, but they will go through a “parallel training program” – possibly at NSA Panama City, FL**. It means that they won’t be fully trained…but will occupy ‘untouchable’ positions within the Navy’s Special Warfare architecture.

In recent years you may have read accounts of “political SEALs”, men who do a tour or two, are about to be bounced for being unqualified and end up on a Congressional staff or in some other job where their SEAL credentials enhance the reputation of the people they serve. That’s not what I’m referring to when I write of commissars/zampolits/embedded political officers. in a military context, a political commissar or political officer, is a supervisory officer responsible for the political education and organization of the unit they are assigned to, this being intended to ensure civilian control of the military. They report through a separate chain of command on the political reliability of officers. You can call them “embedded spies” if you like.

The psychological tests are only half of the testing that is going on. Rumors have emerged – and who knows whether or not they’re true – that the Navy is testing SEAL’s testosterone levels. Too much toxic masculinity leads to behavior once prized, now rejected. They’re on the naughty list too and will be looking for other work.

There has been a trend for years to encourage more non-white males to make it through the Special Warfare training program (BUDS and beyond), and allowances were made for less than qualified people to “hone their sills in the Teams” rather than complete training at the top of the class. This will be accelerated in the effort to rid “white culture” from the SEAL’s.

Back to the AP article:

In recent years, SEALs have been involved in a number of high-profile scandals. One of the most well-known was the arrest of Navy Special Operations Chief Edward Gallagher on war crimes charges that included murder of an Islamic State militant captive and attempted murder in the shootings of civilians during a 2017 deployment to Iraq.

Thus, the Navy is dumping somewhere over a third of the Special Warfare Officers (Designator 1130) and the CIA isn’t taking them into the Special Operations Division, because they were Trump supporters, and failed the psychological litmus test. Dealing with senior enlisted is being handled by dropping them into dead-end jobs where they can’t “infect” the political purity of the Naval Special Warfare program.

A lot of these people will find work in outfits such as Black Water, KBR, Executive Outcomes, CACI, Vinnell Arabia, ISOA, Titan, Northbridge Services, Frontier Services, Sandline, Olive Group Capital, MVM, Cubic Corp., etc. (Private Military Organizations) and they’ll make more money doing it. Essentially, all of the officers you might prefer remaining at NAVSPECWAR will be moving on.

You’ll see trends in Hollywood and the print media about rogue SEAL officers in the near future. Imagine that. “The Terminal List,” based on a thriller novel of the same name by author and former SEAL Jack Carr, pits Lt. Cmdr. James Reece (Chris Pratt) in the precarious situation of surviving an ambush in which all of his team members were killed. Coming to television next season.