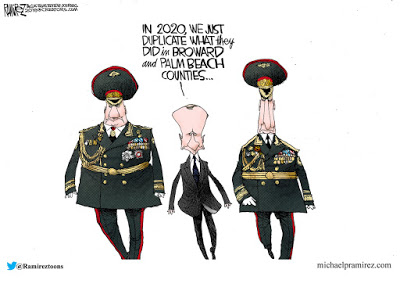 Facebook
Twitter
Pinterest
WhatsApp
Reference this article and Executive Order 13661
I’m not getting soft and weepy over Russian oligarchs, who are apparently hated by the US Government. The articles offer an explanation of why individuals were targeted personally and individually by our government.

Russia is a regional power with a lot of nuclear weapons, 9 time zones long, and it freezes solid during winter months (they’ve been hoping for the miracle of global warming that has yet to deliver them from permafrost). Their gross national product is far less than that of California – somewhere around the GNP of the State of Texas. Their population is decreasing and they pay white women (Great Russians) to have more children, stay home, and raise them (it’s considered to be racist in the USA).

Is there a compelling reason why Russia was said to have been colluding with President Trump in the US Presidential election in 2016? There has been no proof of collusion, though some Russians were convicted in absentia for “meddling”. The Russians meddle in our elections and we meddle in theirs.  We’ve been doing that since the FIRST Russian Revolution. Even though it’s shocking to some that they did it, USGOV hasn’t commented on what we’ve done to them. The only reason that it’s news is that the news media wants to use it as a cudgel to beat up on President Trump.
To show our displeasure at all things Russia (politically correct today – not politically correct during the Cold War. Explain that one to me.), we cut people off from the world economy because we’re the big dog and they aren’t. It doesn’t matter to people who live from paycheck to paycheck, but it does to people who have money. Since the golden rule is “the man with the gold rules”, it’s judged to be fair. But is it?

There are two lists, one is public and the other is classified (double secret probation). Neither list includes the Clintons, who had extensive financial dealings with Russia while she was Secretary of State, including the yet-to-be-fully-investigatigated Uranium One scandal. The FBI says they’re on it. Don’t hold your breath. There is a long list of other American companies and billionaires such as Presidential hopeful (for 2020) Michael Bloomberg. File that one under “All pigs are equal but some are more equal than others”.

If we’re going to haze oligarchs, the Clintons need to be on the list.

The Russians are in a position to be helpful to the US regarding China – a much larger threat. Why do we treat China so gingerly? They lay down a lot more grease in the halls of Congress than Russia does. When you consider that a lot of that cheddar finds its origin in the US – they’re bribing us with our own money…figure that one out.