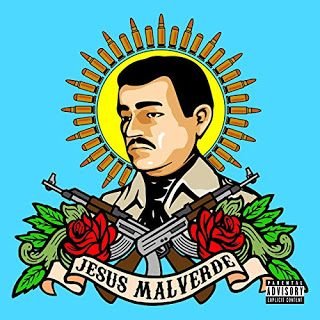 
Being a good and honest police officer in Mexico is a short term profession. I expect that the retirement fund is bulging with money if it hasn’t been embezzled…

(link) The Mexican police officer involved in the arrest of the son of reputed drug lord Joaquin ‘El Chapo’ Guzman was assassinated after his car came under a barrage of gunfire (shot 155 times) inside a parking lot.

The American political left feels that gun control is working in Mexico. Others dispute its effectiveness.

How the Narcos view the US

Mexican narcos are concerned about the USA. It runs along these lines: If the US can land men on the moon and build and deploy invisible airplanes, they can do a lot of harm to the cartels if they ever decide to. Up until now, it’s been a half-hearted effort. I expect that the effort will remain tepid. The counternarcotics center at CIA is located in the basement with the heating/cooling and mechanical equipment.

I don’t know that you should care. But since this Sunday Sermonette is dedicated to Mexican Narcos, I’m going to tell you anyway.

He’s a folk saint who may or may not have lived in the 19th Century, who is the patron saint of primarily Mexican-American drug runners.
A person asked me to pick up a Jesus Malverde t-shirt in Guadalajara and I had my assistant scour flea markets in the city to no avail. Finally, I went too and the people there said that they had a sorts of other narco-religious shirts, but that I’d need to go to the US to pick up a Jesus Malverde t-shirt.
The story of Malverde goes like this. He was a thief sho was fatally shot while stealing something. There was a reward for his capture and he instructed his accomplices to turn him in for the reward, collect the bounty and then share it with the poor. There is a chapel dedicated to Malverde in Culiacán. But he’s still more popular among American narcos.

(link) While it is not uncommon for drug gangs to appeal to saints or saint-like figures and perform rituals, these recent discoveries show that beliefs and practices combining the black magic with Catholicism are still deep seated in Latin American narco-culture. Santa Muerte (a saint unrecognized by the Vatican) is depicted by a skeleton, shrouded in white. Inside a Mass for Mexico’s Santa Muerte. I’ve seen Santa Muerte skeletons of pregnant women with the near-term fetus skeleton inside. They kill a woman with a full term baby and then have carrion beetles eat the flesh from the bones before setting her up in a saint costume. Sometimes they dress the skeleton up in a Virgin of Guadalupe outfit. 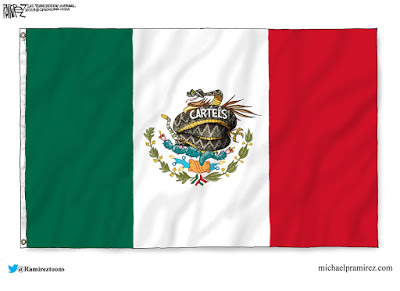 Video on Mormons vs Narcos Vice Produced this piece in September 2012. I think that it’s still valid in November 2019. It provides a context for the massacre that we’ve been discussing.