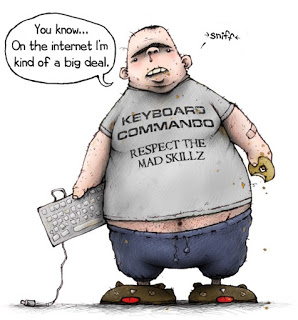 Facebook
Twitter
Pinterest
WhatsApp
Many say that Barack Hussein Obama was the greatest firearm salesman that the nation has ever known. I think that he was. There is a pretender to the throne, though. Congressman Eric Swalwell (D-CA), a smug, self serving, pimp of a man, whose photo appears in the dictionary under the word “cur” is trying to take the crown from Prez. Hussein. I don’t think he will succeed because he’s pretty much a mouse, squeaking on a garbage heap.

He suggested on Twitter that the government could use nuclear weapons on its own people if they don’t submit to gun confiscation. John Cardillo of Newsmax tweeted an article about Swalwell and gun control and set up a war between keyboard commandos.


Cardillo responded to Swalwell (D-CA)
“And it would be a short war my friend.”
Swalwell (D-CA typed
“Don’t be so dramatic. You claiming you need a gun to protect yourself against the government is ludicrous.”

There was a long twitter chain with others chiming in and you can go to twitter and look at it all for yourself.  I wasn’t going to blog about it, but I’m on the road, and I’m tired, and, well, it was one of those things.