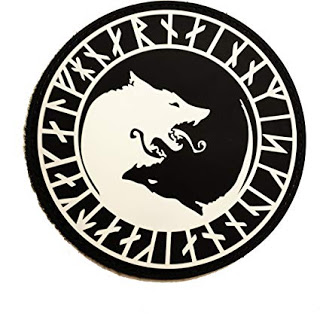 Facebook
Twitter
Pinterest
WhatsApp
Nobody knows specifically how men (often farmers) who went Viking, transformed themselves into berserkers. Notwithstanding a lack of general information, the accounts of Vikings going berserk was well documented and their impact on a shield wall (the preferential offensive and defensive formation of the age) was noteworthy.
It’s easy to turn a woman into a berserker…suggest that she needs to lose a few pounds or that a rival woman has a better dress and accessorized more effectively. Don’t try this at home, please. Just take my word for it. Men, on the other hand, react differently.
There is a rumor (never proved) that some of the Vikings ate mushrooms, amanita muscaria in specific, to aid their fierce berserker behavior. These aren’t the psilocybin hallucinogenic mushrooms that are consumed most often by American druggies that mimic an acid trip.

It is poisonous, so don’t try this at home (either), but it contains multiple layers of poison. After you dehydrate them, most of the harmful poisons vanish with the moisture, leaving a psychoactive chemical/poison that creates the berserker effect.
Based on wikipedia, parboiling the mushrooms works better than mere dehydration to preserve the desired agent. Again, I am not an expert on this. I simply report the information for your ‘consumption’.