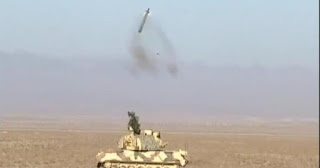 Facebook
Twitter
Pinterest
WhatsApp
Iranian state TV, citing a military statement, says the country ‘unintentionally’ shot down a Ukrainian jetliner, killing all 176 aboard, after mistaking the aircraft for a hostile, enemy target – but blames ‘U.S. adventurism’ for the human error.
In more specific terms, they blame President Trump. Of course. The Russian SA-15 Gauntlet (NATO), Tor (Russia) operated by the Revolutionary Guard, impacted by the same Trump Derangement Syndrome that infects the Democrat Party caused them to kill all of those civilians on the Ukrainian airliner on a scheduled civilian flight, departing Khomeini Airport in Teheran. It’s as if MSNBC gave them their talking points…maybe they did.
The statement came Saturday morning, local time, and blamed ‘human error’ for shooting down the plane last Tuesday.
Specifically, Iranian officials says the aircraft ‘took the flying posture and altitude of an enemy target’ as it neared the Iranian Revolutionary Guard Corps base and attending personal didn’t recognize it as a passenger plane.

“Under these circumstances, because of human error, [the plane] came under fire.”

Read the article carried by Reuters.