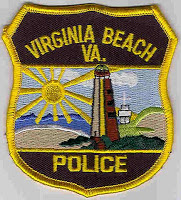 Facebook
Twitter
Pinterest
WhatsApp
The Impeachment Charade
Whatever Senate Republicans ultimately do, they should be ever mindful this “trial” is not about removing Trump from the presidency. It is about removing at least 5 incumbent Republican senators from the U.S. Senate. Democrats want to retake the Senate to paralyze President Trump in his second term, to stop the appointment of judges and to block the appointment of another Supreme Court appointment.
It’s critically important to the Donkey strategy that they are able to cast Republican Senators in a negative light so that the vulnerable seats will fall to them this coming November. As the Kabuki Theater rolls onward, keep that in mind.
Being buoyed up by the corrupt, lying, smug, sly, mainstream media, that twists/spins everything in favor of the Democrat movement is the only thing that they have going for them, but the propaganda machine is no small thing. I’m sure that Bloomberg will dump another couple hundred million into the pot to support their upcoming efforts to smear individual Republican Senators.
Big Crater (found)
The crater sits beneath a plain of hardened lava that formed after the asteroid impact, which occurred nearly 800,000 years ago.

A new report published in the Proceedings of the National Academy of Sciences says that the meteorite likely struck in southern Laos, carving a 10.5 by eight mile crater now covered by a lava flow.

The find helps reconstruct some of the chaos that ensued after impact, says study co-author Kerry Sieh, a geologist at Nanyang Technological University in Singapore. It could also illustrate some of what we could expect if a similarly large asteroid were to hit Earth again.

The Virginia Beach, VA, City Council, adopted a resolution last Monday declaring itself a “Second Amendment Constitutional City.” It stated “its continued commitment to support all provisions of the Constitution of the United States and the Constitution of the Commonwealth of Virginia, including the right of the people to keep and bear arms.”
Under the resolution, the city government will not use its resources to prosecute anti-gun laws, even though any state laws limiting gun use would supersede the local government’s authority. It is the latest move against the firearms legislation proposed by the Democrats who control the legislature.
This blog will keep you up to date with the 2A Sanctuary movement to the extent possible, and the government’s moves to stifle the citizen’s rights.