Home Blog Post Bloody Mexico...
Facebook
Twitter
Pinterest
WhatsApp
Ismael Zambada García (born January 1, 1948), also known as El Mayo Zambada, is a Mexican drug lord and one of the two Sinaloa cartel leaders, who are responsible for trafficking the majority of the cocaine, marijuana, heroin and methamphetamine across theU.S.-Mexican border. 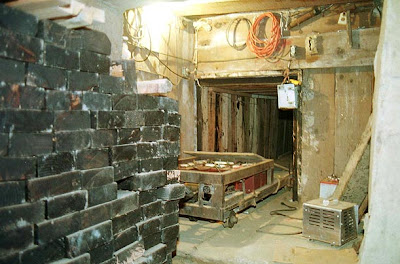 Mayo has suffered setbacks within the last month as one-after-another of his tunnels linking Mexico and the US in the Mexicali area have been discovered by US Officials. This is but one example (LINK). I’ve heard that this hit El Mayo’s organization particularly hard because those tunnels had provided him with safe and secure means to move his narcotics into the United States from Mexico. Now, he’s forced to look to trafficking routes in the greater Tijuana area. In that turf he has some competition from the Arellano Felix Organization and it’s simply a lot riskier than it was pushing load after load through the tunnels.
The tunnels, constructed at considerable expense fell like dominoes because of informers and the disaffected competition. So Mayo is scrambling and I’m sure he’s executing anyone who he suspects of betraying him. That’s how it works in Bloody Mexico.