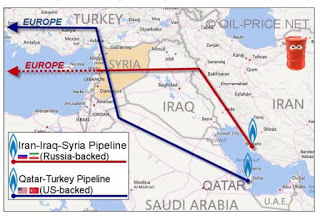 Facebook
Twitter
Pinterest
WhatsApp
When you jump into the geopolitical bathwater (watch out for submarines) you always find that things are more complicated than you thought that they were. Such is the landscape that President Trump finds himself in.
There are competing interests and understanding all of those interests and where they intersect is much like trying to figure out how a watch works. Looking at the time is easier but it doesn’t reveal the finer details. Thus there are articles here on Virtual Mirage where I try to make some of those pieces which do impact YOUR life more meaningful. I don’t guarantee to be correct. But I don’t have a lot of bias and I have seen the sausage being made with my own eyes. Thus, I hope you find all of this useful.
US-China (after-action report)
On 9 April, Chinese Foreign Minister Wang Yi summarized the high points of the summit on 6 and 7 April between the US President and Chinese President Xi Jinping. Wang summarized four high-level dialogue mechanisms.
The four mechanisms are a diplomacy and security dialogue; a comprehensive economics dialogue; a law enforcement and cyber security dialogue; and a social and people-to-people dialogue. Wang Yi said the two sides initiated the diplomatic and economic dialogues during the summit meeting and that the others would follow. The diplomacy and security dialogue includes existing military-to-military communications and a new mechanism to minimize military confrontation.
The Chinese themes for all four dialogue mechanisms were consultation, cooperation and enhanced exchanges.
Concerning Korea, Wang said the Chinese side reaffirmed its adherence to denuclearization of the Peninsula; its adherence to maintaining peace and stability. He said China will continue to implement the relevant UN Security Council resolutions and briefed on China’s “dual track” approach and the “suspension for suspension” suggestion on resolving the nuclear issue. He also repeated China’s opposition to the deployment of the Theater High Altitude Area Defense anti-missile system in South Korea.
Chinese coverage of the summit has been positive, as was Wang Yi’s summary of its accomplishments. The two presidents agreed on several lofty goals, including ending terrorism, denuclearizing the Korean Peninsula and on the need to keep talking. While useful as a venue for familiarization and presenting views, the most important result of the summit is that it earned President Trump an invitation to Beijing later in the year.
Wang Yi’s descriptions and omissions indicate that the two presidents did not agree on North Korean policy or on most substantive issues. The language about enhancing exchanges and increasing consultation means there were no breakthroughs in those areas, but also no grounds for breaking off contact.
Wang Yi’s summation did not mention Syria. The summit ended without a joint statement, reportedly to show that China did not support the US attack against Syria. On the other hand, President Xi’s decision to not leave the summit early underlines the importance of US relations relative to other Chinese concerns.
On 8 April, after President Xi departed the US, the Chinese news service Xinhua described the cruise missile attack as the act of a weakened politician who needed to flex his muscles. Chinese press commentaries have been consistently negative about the attack and have disparaged the US President.
The Xinhua comment suggests the Chinese political analysts have little insight into the US president. Predictability of government is an absolute virtue in a nation of more than a billion people. Quick decisions and rapid execution are almost alien to the Chinese political culture.
A Personal Note: When I was teaching at the People’s Public Security University in Beijing, the most interesting part of the process was interacting with the staff, many of whom were Mao-style hard line communists.
Keep in mind that this was in the late 1990’s and China had just opened more fully to the West. Things have changed in China over the past twenty years, but their understanding of the American mindset has not — not in Politburo circles.
Many Chinese officials with whom I spoke at great length understood the how of America – many had visited the US at that point in time. However while it is comparatively easy to understand the Chinese mindset, America is a Gordian Knot to them. Thus misunderstandings and incomprehension are problematic.
The Norks
I will not bore you with the granular details of what the Norks are saying about the US at the moment, but it may be useful to share a distillation.
The most recent (post missile strike on Syria) Foreign Ministry statement is moderate in that it contains no threats and no shrill or provocative language. It uses language similar to that of the Russian Federation in describing the US missile attack as an act of aggression against a sovereign country. North Korea condemned the attack.  Unlike statements attributed to Kim Jong Un after the last successful missile launch in March, this statement contains no threats to attack US and allied bases in Asia and US territory. It contains no bragging about intercontinental ballistic missile attacks. 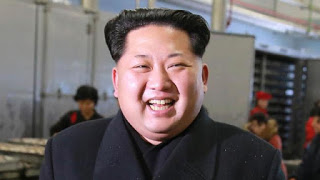 The skillful and accurate use of cruise missiles got their attention. One US cruise missile in 60 failed in flight. North Korea has yet to demonstrate a 60% missile launch success rate. The Foreign Ministry statement conveys confidence in defense, but has no boasting. One reason might be because North Korea has no defense against cruise missiles.
Kim Jong Un has not been seen in public and speculation runs that he’s in one of several war bunkers set aside for Dear Leader.
The Norks are very concerned that the arrival of the USS Carl Vinson off North Korean waters in conjunction with the military exercises currently underway in the Republic of Korea (South Korea) may be a prelude to a Syria style attack where their nuclear and strategic rocket forces are degraded.
Yemen

The Yemeni government is planning to reopen the port of Mokha.
Yemen’s Deputy Minister of Transport Nasser Sharif said, “The ministry is working to take the necessary measures to conduct work in the ports of Al-Hudaydah and Al-Mokha” after their liberation from Houthis and that it is assessing procedures to “transfer the presidency of the Red Sea Ports to Al-Mokha after the government’s approval.”
The Yemeni government and Emirati forces operation to liberate Mokha which began four months ago ended in late January when they recaptured the city. The Yemen government is finally preparing to open it.
Yemeni government and Saudi-led coalition forces supposedly had moved north towards al Hudaydah. Last week, Yemeni government forces and their Arab allies established positions north and south of Hudaydah, but reported no significant gains.
Loss of Hudaydah would be a significant blow to the Houthis, who are proxies for Iran. It is the entry point for 70 percent of Yemen’s food supplies, humanitarian aid and weapons.
Syria

It was complicated in Syria before the US missile strike.
Open sources reported that the Russians began using Shayrat air base for operations by Mi-24 and Mi-35 helicopters since November 2015.
A Syrian Su-22 Squadron is based at Shayrat, but the identification of individual combat aircraft in flight is difficult. Syrian pilots have never been known to conduct low level attacks in high performance jets.
All the rebel groups and nations that supported the ouster of Syrian President Asad during the past six years, including Turkish President Erdogan and Saudi Arabian King Salman, strongly approved the US attack. (see gas pipeline map at the top of this blog post)
Turkish President Erdogan said “I want to say that I welcome this concrete step as positive …but the US strike was not enough, further steps need to be taken.”
Iranian President Rouhani wrote on social media that “US aggression against Shayrat strengthens regional extremism and terror, and global lawlessness and instability, and must be condemned.” Earlier, Iranian Minister of Foreign Affairs Javad Zarif stated that “the US military is fighting on the same side as al-Qaida and the Islamic State in Yemen and Syria.” The Iranians are correct — and it’s complicated
The Russians closed the deconfliction line with the US and Israel, indicating that cooperation is over and that they will actively use their air defense assets in Syria to enforce their version of a no-fly zone for US and Israeli aircraft. Operations of the integrated air defense system and Russian naval systems should provide insight about the effectiveness of the Russian air defense umbrella.
US sources said that US air operations over Syria have been reduced to only the most critical missions. US ground personnel are on a defensive alert. The Syrian threat against US assets is significant and will remain so in the coming weeks, especially in northern Syria where US and Syrian government forces are close to each other.
The short-term effect of the US attack is to halt the centripetal progress of the various fighting factions in focusing on the destruction of the Islamic State. Tentative and fragile cooperation among ground fighting groups reportedly has been suspended. I suspect that the operation to liberate Raqqa has been suspended until loyalties clarify.
Syrian operations do not seem impaired. The Asad government might be emboldened by the strong statements of support from its allies, Russia and Iran. It also has statements of support from North Korea and China.
The attack has created some confusion about the purpose of the operations. The statements by the armed opposition groups and Turkish President Erdogan show that they believe the purpose of overthrowing Asad has become primary again. That interpretation seems ominous for the future of the Syrian Kurds and potentially dangerous for US military personnel in northern Syria.
It would be useful if the US Congress would take this matter up for debate in regard future US operations in Syria. They’re off on their Easter break for a few weeks – so that won’t happen soon. Meanwhile events move onward.