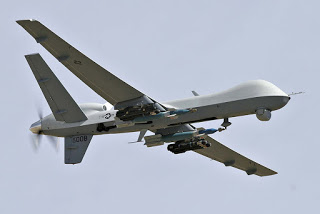 Facebook
Twitter
Pinterest
WhatsApp
I would like to see Congress debate use of force scenarios and options to give “the people” a voice in the situation. We have a new administration, a new Commander-in-Chief, and a new focus internationally. If Congress does nothing, the Administration will act within its prerogative under Article 2 of the Constitution**.

**Article I, Section 8, Clause 11 of the U.S. Constitution grants Congress the power to declare war. The President, meanwhile, derives the powerto direct the military after a Congressional declaration of war from Article II, Section 2, which names the President Commander-in-Chief of the armed forces.

If we envision more military action against ISIS (currently underway), further action against the Taliban (currently underway), against Syria (one strike done – more pending?), against North Korea (being discussed – USS Carl Vinson currently used as bait) or anywhere else, it would be useful for Congress to authorize it – or not.
Whether or not the Syrians bombed the rebel arsenal and GB (Sarin) was accidentally released or whether they used chemical gravity bombs (somewhat ineffectively) is moot at this point because we acted on the information available at the time. The cruise missile attack against a known Syrian chemical weapons storage area was popular. Congress always follows the popular path…we know that don’t we?
A specific authorization to use force under specific conditions that comes from Congress is preferable from a Constitutional/legal perspective. To date, Congress hasn’t shown much inclination to see to its Constitutional duties. As an institution it prefers to wait until something has happened, and praise or condemn based on polling.
Drone Attacks
For some reason, Congress has a tin ear when it comes to responding to the vast number of drone attacks that were made during the Obama regime.
Attacks on somebody else’s sovereign soil are acts of war. I’d like to see Congress take that up as well. Authorize them or don’t, but do something. Yes, that may be asking too much of them.
As with the recent cruise missile attack in Syria, I don’t lament the results, but would prefer that we follow the Constitution more correctly. Naturally, that opens up elected legislators for criticism if their actions are revealed by historians and the voting public to be incorrect.
Porportionality
I also find the death toll of 87 from the gas attack in Syria is lamentable — how many were murdered to date in Chicago – double? Do I hear outrage, or are those numbers merely business as usual?
Regime Change
The US has a dismal track record in promoting responsible regime change. Saddam Hussein, Muammar Mohammed Abu Minyar Gaddafi, and going back in time to Diem in Vietnam, the results were less than perfect. Maybe Congress can debate cause and effect more clearly this next time?