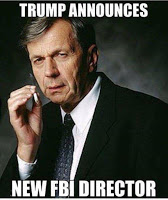 The US-backed Syrian Democratic Forces (SDF) captured the city of Tabqa and its nearby dam from the Islamic State on 10 May. SDF spokesman Talal Sello told the press that his forces had “achieved victory and completely liberated Tabqa city and the dam”.
A spokesman for the London-based Syrian Observatory for Human Rights said, “The Syrian Democratic Forces seized control of Tabqa and the adjacent dam.” SOHRsaid cleanup operations were continuing in Tabqa.
This is the second time that the SDF have declared the complete liberation of Tabqa City. Their claim on 2 May was premature.
The liberation of Tabqa is an important milestone in the preparations for offensive operations against Raqqa, capital of ISIS. Tabqa is 55 kms/35 miles for Raqqa. This success also shows there is no military need for Turkish or Turkish-backed forces to participate in the Raqqa operations, provided the YPG and their Arab allies continue to receive US air, artillery and logistics support.
The US program to provide heavy weapons to the Syrian Kurdish People’s Protection Units (YPG) will cause a pause in offensive operations until the equipment and weapons are integrated. Nevertheless, the defeat of the Islamic State and its so-called caliphate is in prospect.
Meanwhile, in Turkey
On 9 May, Turkish President Erdogan called on the United States to reverse immediately a decision on arming Syrian Kurdish fighters.

“I hope very much that this mistake will be reversed immediately,” Erdogan said. He said he would raise “our worries” on the issue in talks with the US President on 16 May in Washington.

“The supply of arms to the YPG is unacceptable,” Deputy Prime Minister Nurettin Canikli told A Haber television. “Such a policy will benefit nobody. We expect that this mistake is to be rectified.”

The Turks are likely to be disappointed during Erdogan’s US visit. Their concerns have merit, however, because the emergence of the political awareness and military capabilities of the Syrian Kurds is arguably the most destabilizing development in the Syrian civil war. It also is the most significant development in the post-war history of the region. The Syrian Kurds have a new sense of their identity and their power.

And what Future for the Syrian Kurds?
After the Islamic State is defeated, there will be multiple critical questions about the next phase pf the struggle. Key among them is the future status of the Syrian Kurds and their People’s Protection Units. For example, how many YPG will support the Kurdistan Workers’ Party (PKK) rebels after the defeat of the Islamic State. Some certainly will.
Will YPG forces fight to overthrow the Assad government with the armed opposition groups?
Who will disarm the Syrian Kurds, if anyone? Can they be institutionalized as part of the Syrian armed forces? If not, what happens to the armored vehicles and the ammunition and supplies that the US lavishes on its proxies. Will the young Kurdish men and women who have matured as fighters during the past six years be willing to disarm and pursue more peaceful pursuits?
Those questions are secondary, however, to the larger question of political autonomy for the Kurds within a federated Syria. The Syrian Kurds have already laid the ground work for self-government in the northern cities that they have liberated. Their political leaders already are looking past the defeat of the Islamic State.
Assad owes them a great deal, along with the Russians, but both oppose an autonomous Syrian Kurdistan.
Central African Republic

On 8 May, suspected anti-Balaka terrorists attacked a UN convoy near Bangassou. Four Cambodian peacekeepers were killed and 10 peacekeepers were wounded. The UN force killed eight anti-Balaka fighters.
The motive for this attack has not been reported. The anti-Balakas are a militia that is viscerally anti-Muslim in a state that is mixed. They claim to be a Christian militia that continues to fight the Muslim Seleka coalition, which officially was disbanded four years ago. They have no reason to attack a UN convoy, unless this was a botched bandit attack.
The UN peacekeeping mission, known as MINUSCA, contains 13,429 total personnel, including 10,108 military personnel; 1,696 police personnel and 1,007 civilian staff.
The latest fatalities raise the total number of peacekeepers killed to 36. It has been a relatively safe mission, compared, for example, to Mali where 116 peacekeepers have been killed.