South Korean diplomats told the press that North Korean officials held informal talks with unidentified US experts in Oslo, Norway, on 8 and 9 May.
The “US experts” are not US officials, but usually are people who served in past US governments and remain well connected. They serve as an informal, but often useful, communications channel to the US government. Plus, nothing they say places an obligation on the US government.
The handful of North Korean diplomats who are experts on the US periodically meet with US experts on Korea in informal settings to ensure that the North’s message is being heard and understood by the US government. They never are empowered to make commitments, but they keep the lines of communication open, even during periods of tension. Two such meetings took place in 2016.
In Beijing, at the Foreign Ministry’s daily press session, spokesman Geng Shuang took a reporter’s question about the Oslo informal discussions. Geng said he noted the reports and repeated China’s strong support for dialogue and consultation as the paths for peaceful resolution of the North Korean nuclear issue.
ROK Peacenik
On 9 May, the chairman of the National Election Commission announced that Moon Jae In is the new President of the Republic of Korea.

Moon obtained 41.08% of the electoral vote in a field of five candidates. That outcome means that Moon’s mandate is somewhat limited because a majority of voters voted against him, but the votes were split among the other candidates.

Moon  said he will travel to Pyongyang to beg for peace. Kim Jong Un will like the gesture.
Reading tea leaves
The North Koreans will request free stuff, which Moon will want to give them. They will parlay the free stuff into more nuclear weapons and more missiles. It’s happened before – just like this. You don’t really need to read tea leaves or to cast runes to figure out how it will work out. A trained chimp could predict the outcome. Any fifth grader would predict it more precisely than Moon seems to be able to.

We Need a Wall

This is but one of many examples:

An illegal immigrant – who had been deported 15 times – is accused of seriously injuring a 6-year-old boy in a Saturday night drunken driving hit-and-run crash, authorities said.

Constantino Banda-Acosta, a 38-year-old Mexican citizen, was kicked out of the U.S. 15 times in the past 15 years, with his most previous deportation coming Jan. 18, federal officials told The San Diego Union-Tribune.

Banda-Acosta is accused of running a stop sign in the San Ysidro hit-and-run. He was taken into custody, about a half hour after the crash occurred, along with another man who was also an illegal immigrant.

The injured boy, Lennox Lake, was coming home from Disneyland with his family on Saturday, and the group was about a block from their home when the collision happened.
When he was found in the wrecked vehicle, Lennox was unconscious, bleeding from several head wounds and not breathing. He had a major head injury and, as of Tuesday night, had already undergone two surgeries, The Union-Tribune reported. Lennox’s family expects him to make a full recovery.

Banda-Acosta was being held on $100,000 bail and had an arraignment set for Wednesday. He was arrested in 2006 on a DUI charge, had his license suspended three other times and also was accused of a domestic violence incident by his estranged wife, 10 News reported.

Note: California issues drivers licenses to illegal aliens. In gratitude they are expected to vote for the Democrat of their choice. Yes, California is the land of fruits and nuts.
I do not suggest that there are not plenty of Americans who do this sort of thing. We have more than our share of drunks who drive. We just don’t need more of them from Mexico. Without a wall on the Southern Border with Mexico, there will only be more of this. Legal immigration is welcome and it’s good for America. Illegal immigration and the drugs and crime that pour into our cities is not. We need a wall before a true dialog can begin on the status and fate of the illegals living in the US, a migrant worker program, and all of the other legal processes that must be considered.

Climate Change Science (the War on the Weather)

If you link your opinion to observable data you are a “denier”. To a progressive, “science” is a grift for power, and “science” is achieved by applying Alinsky’s Rules for Radicals – which means shouting down and demeaning people who don’t agree with you. 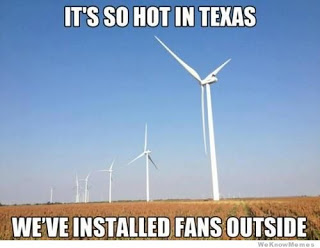 Apocalyptic liberalism is the natural consequence of power-centered politics unmoored from principle. It’s not persuasion; it’s manipulation. After all, it’s hard to persuade people to just give you power and money simply because you covet them. Normal people (and most of them voted for Donald Trump) expect that if there’s really global warming it will actually get hotter. Every rabid, paranoid, prog who screamed that we have just five years left back in 2007 has to contend with the troublesome fact that we haven’t been cooked or drowned.

Yes, the progs are profoundly disappointed that the oceans didn’t swallow us in 2009 as Al Gore (who is much richer than when he started his fear-mongering based on complete applesauce) promised would be an inconvenient truth. Liberals are upset – they’re always upset. And their cant goes like this: Why do you want all of the children to die?