On War and Money 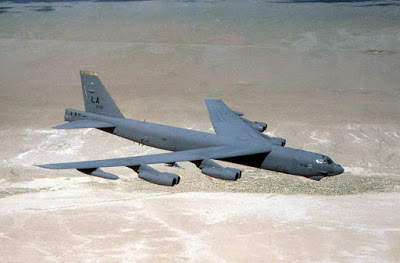 Facebook
Twitter
Pinterest
WhatsApp
We’ve been involved in a war since September 11, 2001 across the Middle East and into Afghanistan. The wars, much of which involved wasteful spending, cost the nation $6 trillion. The Iraq War was unnecessary then but under the theory, “you broke it, you bought it,” we’re still trying to balance out that part of the world which has never ever – ever – been balanced.
President Trump will ask Congress for a $54 billion increase in defense spending, some of which will go to the border wall. After eight years of gross negligence under Obama’s watch and heavy depletion during the prior Bush years, it’s not enough.  Those in the know feel that the entire Defense Dept. budget projected for 2018 of $608 billion is insufficient to fix the navy alone. I tend to agree. There are libertarians who read this blog who may wish to savage me for these sentiments, but simply ignoring the world does not keep us safe.

The question of how much is enough is a recurring theme that I don’t have an answer to. Clearly finding a balance would be useful. How much longer will the B-52 Stratofortress have to remain in service? The aircraft went into service before I was born – and I’m old now. The USAF plans to replace the B-52 in a few years with the B-21 Raider (a follow-on to the B-2 Spirit, which rolled out at $2 billion per aircraft). Northrop Grumman assures us all that the new bomber can be built for $550 million each. Maybe President Trump can re-negotiate that price? Meanwhile, I’m sure that my grandsons will see B-52’s still in service when they’re adults. Billion dollar aircraft are absurd. We can’t afford to use them because we can’t afford to lose them. And they don’t work that often.

Things are wearing out, though and a lot of it is critical.
One Example (among many)
The Trident Missile arm of our triad nuclear defense ride on a fleet of SSBN’s (nuclear missile launching submarines). It’s deterrence and it’s a good idea. More than anything, the submarines provide a secure response to a nuclear attack. Even one submarine launching its missiles with their MRV warheads means that somebody, somewhere will be flattened.

The Navy currently operates 14 Ohio (SSBN-726) class SSBNs. The boats are commonly called Trident SSBNs or simply Tridents because they carry Trident SLBMs.
The first of the 14 Ohio-class SSBNs will reach the end of its 42-year service life in 2027. The remaining 13 will reach the ends of their service lives at a rate of roughly one ship per year thereafter, with the 14th reaching the end of its service life in 2040. The Navy has initiated a program to refurbish and extend the service lives of D-5 SLBMs to 2042 “to match the Ohio Class submarine service life.”
Unlike other services the Navy requires a long lead time to design and build platforms, most of which have planned obsolescence. The same is true of ordnance. The new Colombia Class SSBN will need to be designed, built and tested along with a new class of Trident missiles, which will replace the aging D-5.
More than any other submarine class, the SSBN’s must be undetectable in order to provide the deterrent strike that the nation requires. If you take them out of the equation, the capacity of the nation to retaliate against a nuclear strike on the US is called into question.