Facebook
Twitter
Pinterest
WhatsApp
As we’re in the midst of yet another “summer of recovery” there is not much happy economic news on the horizon since the economy contracted 3% in the first quarter of 2014. The second quarter showed 2% growth so we’re at -1% growth so far this year.

(Rasmussen Polling) More Americans than ever say they owe more money than they did last year, and they’re more pessimistic about their future interest rates.

A new Rasmussen Reports national telephone survey finds that 34% of American Adults now owe more money than they did last year, up from 32% last month and the highest finding in regular surveying since April 2009. Slightly fewer (31%) owe less now, while 33% say they owe about the same amount as they did last year. (To see survey question wording, click here.) 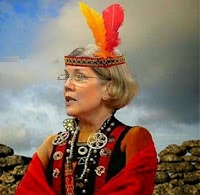 As Hillary Clinton’s hopes for a presidential ascendency become less sure in the minds of progressives, they have shifted their love to Elizabeth “Fake Indian” Warren. And I’m not sure which presidential hopeful is less sincere and less qualified to do — just about anything. There is California’s 85 year old governor Jerry Brown, who has run for the presidency every bit as often as Joe (Slow Joe) Biden has — what about him as an alternative? Governor Moonbeam is every bit as incompetent as Warren or Clinton. Or Biden…who may end up winning the nomination of his party.