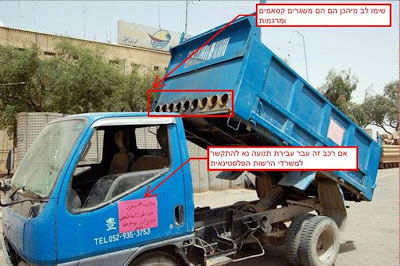 What does “aid” for Palestine really mean?

This is a captured Palestinian garbage truck from Gaza . (h/t WoFat)

The truck is set up to fire 9 Kasem rockets and then drive off innocently. The note pasted on the drivers door says In case of traffic violations, please contact The Palestinian Authority.

Obama pledges $483 million for Palestinian aid (June 2010) Why would he do that when Hamas is the popularly elected government of Palestine and they are a TERRORIST ORGANIZATION? Does barack hussein obama have the American people’s best interests at heart? The Council on Foreign Relations estimates Hamas’s annual budget at $70 million. If that’s true, what are they (the terrorists) doing with the extra $413 million that obama is pulling out of the taxpayer’s pocket?

Let me tie this up. We (the United States of America) have provided a terrorist state (according to the US State Department) it’s annual operating budget and an extra $413 million to spend more or less anyway they want to.
“The wall along the US-Mexican Border is too expensive to build” (obama). 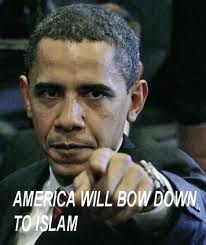 We know that the obama administration would like to see the State of Israel vanish. He shares those dreams with fellow Muslims.

With the stroke of a pen, obama exceeded the entire Saudi contribution to Palestine over an 8 year period. That’s quite a gift.  True Source: We borrowed the money from China at interest to pay for the gift.
Think on this a bit.