Thoughts on Dealing with ISIS 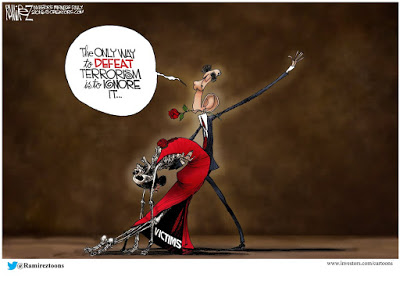 Facebook
Twitter
Pinterest
WhatsApp
I don’t know that America is capable of waging war against ISIS. These days there is much more talk about homosexual and transexual outreach and concern for the war against the weather than there is in making America hard enough to fight. We were that way before Pearl Harbor, it’s not a new thing in the US.  The problem with war in this century is that the asymmetrical nature of “war” and the concept of fighting a war has changed radically.

The war we wage has been waged before (See Battle of Tours, 732 AD), but Europe neither has nor desires another Charles Martel to save them from the savages, so I’m not confident that we have firm allies even if we are able to generate the spine to push back against Political Islam in all of its manifestations.

I do not suggest that we repeal the First Amendment and deny freedom of religion, but Political Islam is our enemy. Terrorists serve political Islam. It’s difficult to separate the two. I grant you that.

Once America has defined its enemy, we need to determine whether Europe is willing to raise an army and pay for its maintenance in the field. Since it is Europe which has embraced the savages and released them onto its streets, they need to decide what they want to do. They’re in or they’re out. What we do in response to Political Islam depends in part what Europe wants to do and pay for.
The goal of any war against ISIS/the caliphate, is to deny them safe havens anywhere on the planet. If they go there, we sterilize the place. I’m not calling for nuclear weapons but I’m calling for everything short of nuclear/biological/chemical. Putting ordnance on target does end wars. If people offer sanctuary or shelter to savages, they are treated like the savages themselves. Sorry. War means fighting and fighting means killing (W. T. Sherman).
Fire the dead wood at CIA and DIA (yes, there will be a lot of bureaucratic drones in the bread line), and get the cream of the crop on the hump to collect intelligence. All of the PR Crap that exists within the CIA and trust me, it is vast, needs to be scrapped. It’s a non-uniformed military service and always has been. It’s time go fix the rot.
Step up efforts at home to identify and track jihadists and deny them safe harbor in the US. It’s not as difficult as people think it is. Take the shackles off the police and FBI, which need to operate within the law. Some of those rules forbidding surveillance of mosques have to be scrapped.
Deny access to the US to all but fully vetted Middle Eastern refugees. Scrutinize all visa requests from Muslims carefully. 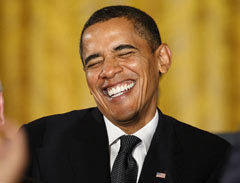 Expand the detention facility at Guantanamo Bay, Cuba because it will be filling. Treat prisoners humanely but there is no need to coddle prisoners of war. They are not signatories of the Geneva Conventions and need not be accorded those privileges. Feed them, warehouse them, and one day if the war ever ends and the savages turn their swords into plows, they can go home. If not, they can die in custody when their time comes. The money we spend per prisoner at Gitmo is obscene.
Is America to take those steps? I don’t think so. Accept who you elected to be commander-in-chief, cheer him on as he does the wave in Cuba at a baseball game and tangos in Argentina.