Oracle is ready to move into its new headquarters in Texas, having brought employees from the most liberal part of California. You know how they will vote even without rigged voting machines don’t you? 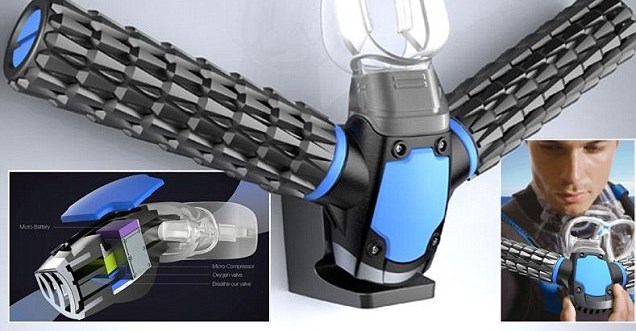 Concept mask lets you breathe underwater without compressed air tanks or a rebreather (such as a Drager). …more here

Where is all the Ammo?

American Rifleman responds: “Consider this a public service announcement of sorts regarding the current ammunition scarcity. I’ve spoken to the top three manufacturers, and if you were/are having difficulty finding ammunition, it’s not because they aren’t trying to keep up with demand.

“Each one of them reports that they have produced record amounts of ammunition this year. I include Hornady now within that big three, at least until the Remington facility in Arkansas is back up to speed. Just so you know, the Remington plant was perhaps the third or fourth largest ammunition plant in the United States. But more on that in just a moment.

“Demand actually was on the upswing before the year 2020 even began. Then the dumpster fire that is 2020 wrought havoc on both gun and ammunition availability. This is a pure demand-driven issue. The government guys who may or may not be in black helicopters are not interested in small rifle primers or .22 Long Rifle. Good luck finding either on the shelf. …more here 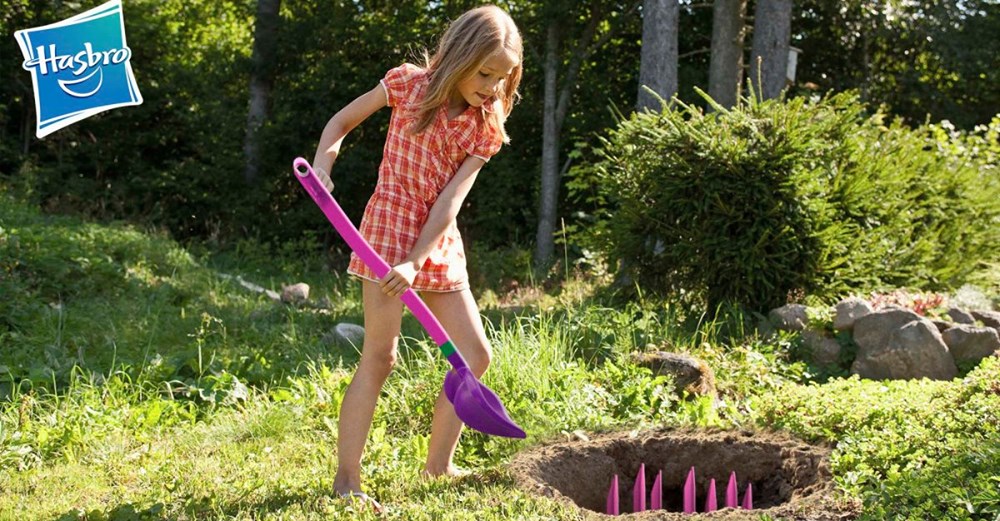 Get your children ready for the Apocalypse the right way. Simulated Punji sticks are on sale wherever fine toys are sold.

Do you plan to survive the Apocalypse? 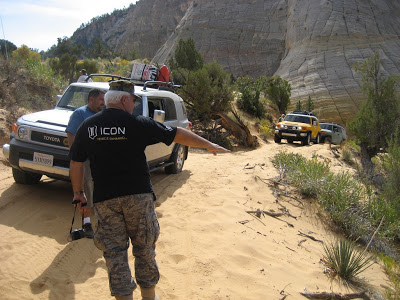 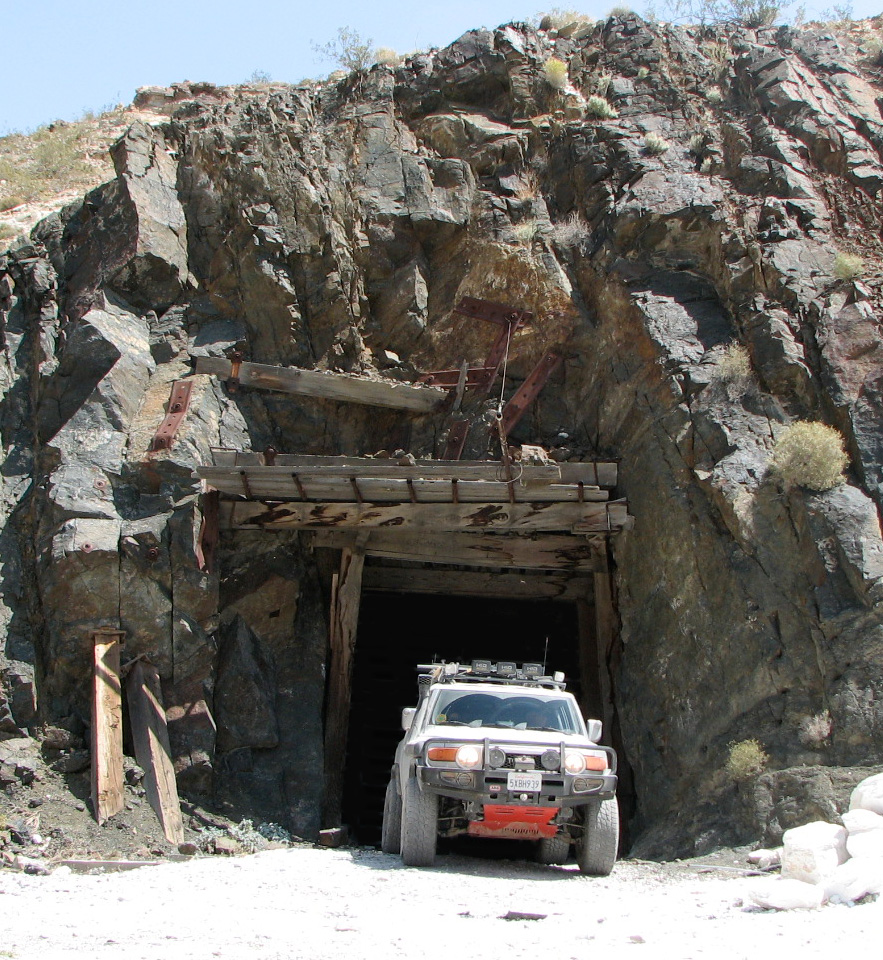 My rig, The Scorpion, exploring a mine shaft. 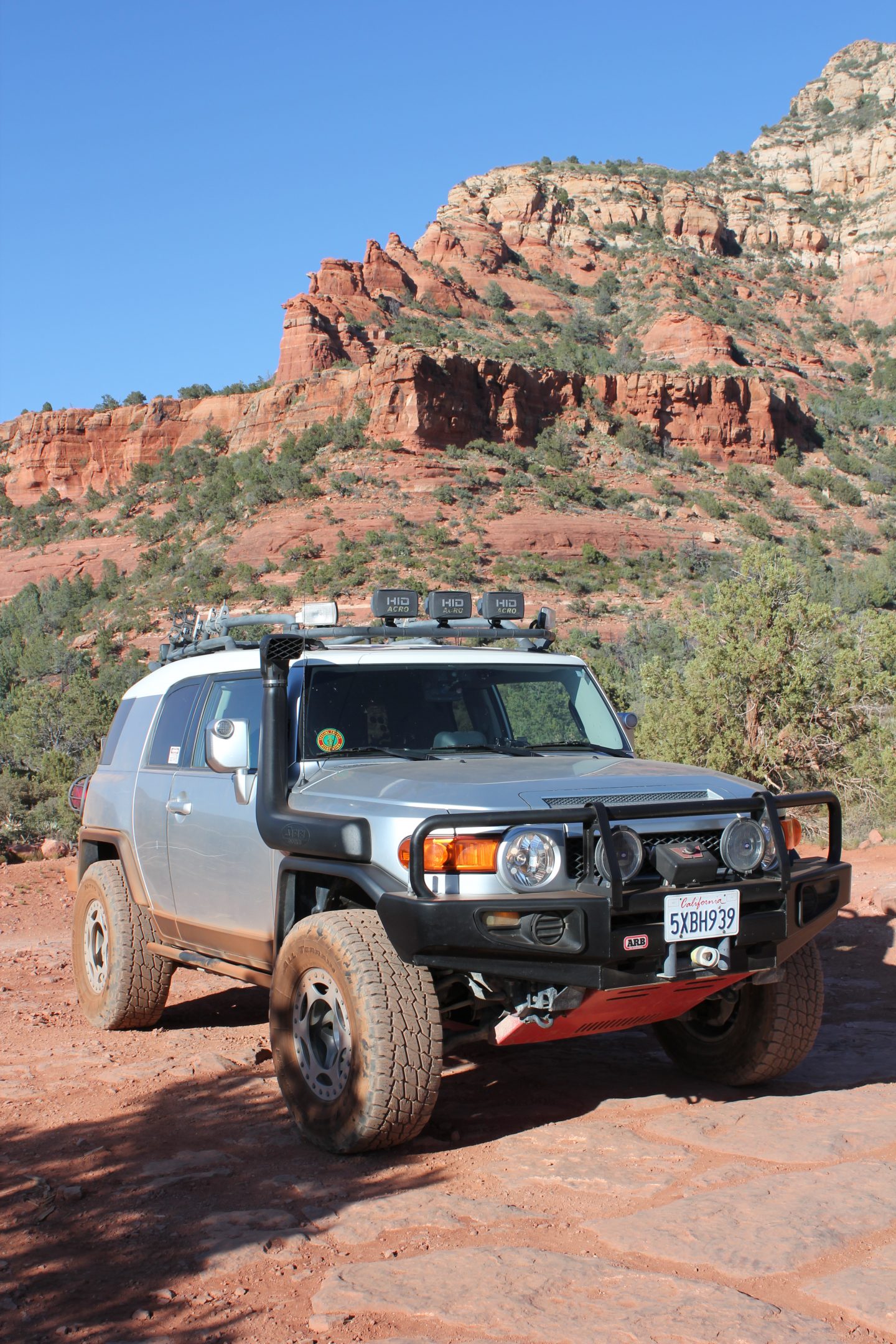 Trivia Corner – The development of the Bow of First Rate, Ships- of- the-line 17th-18th century

While the basic layout of the first rate remained unchanged for most of its existence, it was subject to constant design improvement which affected its appearance – the amount of sheer, for example, or architecture of the stern. A detailed understanding of these changes helps to date models and paintings, and nowhere is this more apparent than at the bow, where the shape and angle of the cutwater arrangement of the headrails, and the style of the figurehead provide evidence for precise dating.

The earliest three-deckers, like the Prince Royal retained the long, low beak head of the Elizabethan galleon, with low flat sides carrying decorated panels; this allowed an equestrian Figurehead to take on a naturalistic, almost free standing pose.

The stem curved up from a rounded fore-foot. This design was retained for the Sovereign of the Seas, even though the complex decorative work must have been very susceptible to damage in a seaway. The obvious response was to shorten and elevate the head, while open, curved headrails were introduced to allow seas to wash through the head. Which was also important, after all, this was where the crew’s toilets were located.

The different parts of the bow, just for understanding (x)

The Royal James of 1671 shows that this pattern persisted for more then a decade, but also demonstrates the rather awkward angle forced on the figure, the straight stem meets the keel at an angled fore-foot. The principal advantage of a low head was that it allowed forward fire from guns on and under the forecastle, as seen in the prominent gun ports in the beak heads bulkhead of the Britannia of 1682. By this time the head is shorter but the figure is becoming ever more elaborate, but faired into a rounded stem, testing the ingenuity of the carver. 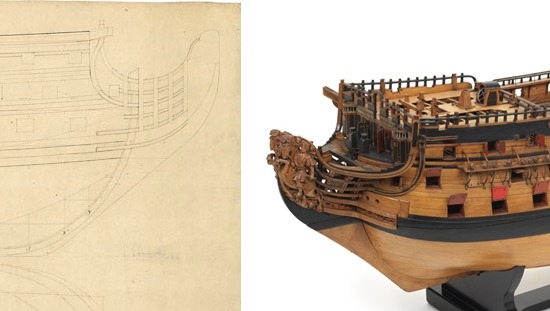 By the beginning of the 18th century, the head has become shorter but very deep- the four rails on this draught of the London of 1706 is typical of the Queen Anne period and signals the end of the two-decked high beak head bulkhead. The London 1706 and the Royal William 1719 were classic examples.

At this point the figurehead designer give up to put a single complete statue on top of the bow, but developed instead a double figurehead on each side. 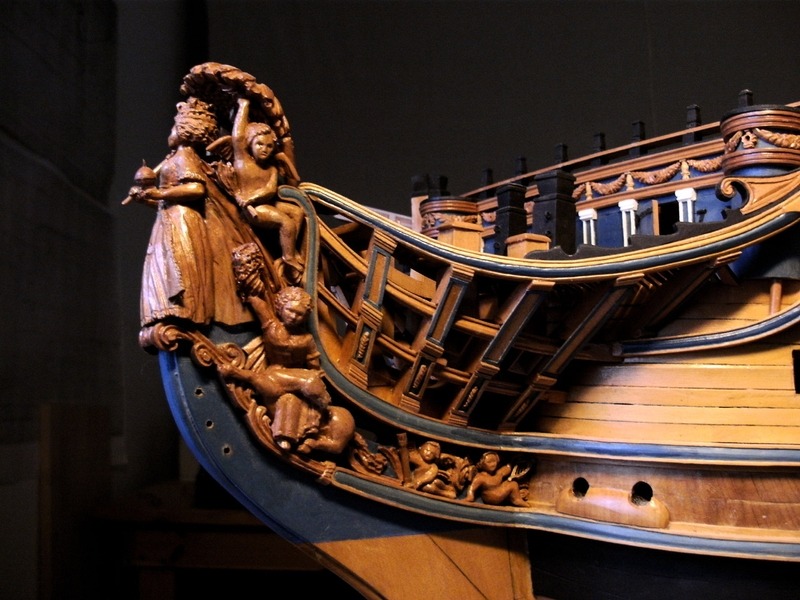 In course of this century the head became higher and lighter, with only three sets of rails, but the double figurehead was now on every bow. Only the Queen Charlotte is an exception here. the beak head bulkhead was only lightly timbered now and in action proved vulnerable to raking fire from ahead.