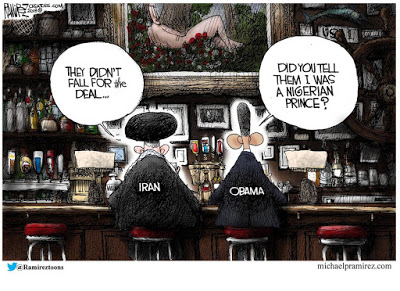 North Korea
Kim’s openness and charm offensive does not yet translate into a more enlightened style of government, as similar impulses ultimately did in China. North Korean internal controls have moved in the opposite direction. That means the regime is not preparing the populace for greater contact with outsiders, as Kim Jong Un suggested at the Moon summit.
A colonel was executed for defacing a public building with graffiti. A colonel in the General Staff Department was arrested for defacing North Korea’s April 25 House of Culture with graffiti critical of the Kim Jong Un regime. He was recently publicly executed, according to sources in North Korea.

“A high-ranking member (colonel) of the General Staff Operations Department and another individual, who was implicated in the graffiti incident, were executed by automatic rifles at the Kanggun Military Academy’s firing range,” said a Pyongyang-based source in a phone call with Daily NK. “ **

The source said that “the execution was conducted quietly in front of high-ranking cadres from the Ministry of State Security and the military. The colonel’s family was taken away somewhere, likely a political prison camp.”
The graffiti incident occurred on 1 March. We seldom learn the message content of the graffiti, which would provide insight into public attitudes towards the regime.
Supposedly, some witnesses wondered why the colonel and his associate were not executed by anti-aircraft gun fire, like Kim’s uncle Chang. The external image of the regime and parts of its foreign policy are changing, softening. Internally, North Korea is not preparing for change. That strikes us as ominous.

**The Daily NK’s access is limited, but over time it has proven to be reliable. The editors display bias against North Korea mostly in the selection and treatment of some topics. However, its coverage of tight internal controls for anti-socialist or counter-revolutionary activity and capital punishment for defacing symbols of the regime are consistent with North Korean regime behavior reported for more than 60 years.

Mount Mantap might be worse than earlier reported. At the North-South summit, Kim Jong Un reportedly told South Korean President Moon that the nuclear test site at Punggye-ri was still serviceable, but that he had ordered it dismantled as no longer necessary.
A new study published in Science found that the mountain moved 11.5 feet sideways and shrank by 1.6 feet. The scientists at the Nanyang Technological University in Singapore wrote that they could not determine whether the tunnels had collapsed. This is the third study of the mountain since the September 2017 nuclear test. Two sets of Chinese scientists published the other studies.
An analysis of recent satellite imagety showed that North Korea has dismantled a handful of smaller buildings at Mount Mantap. This is the first reduction in man-made physical features at the test site, but analysts cautioned against drawing conclusions.
Kim promised to invite outside observers to the dismantling of the test site.
Israel-Iran-Syria
Israel and Iran said they do not want to escalate. Press reports indicate that Israeli air and missile forces attacked 50 Iranian sites in Syria.
Israeli Defense Minister Avigdor Liberman said on 10 May that Israeli raids overnight hit “nearly all the Iranian infrastructure in Syria.”
Israel does not want to escalate the confrontation, but Liberman said,

“We will not allow Iran to turn Syria into a frontline base for activity against Israel. This is our clear policy, and we follow it,” he said. “If we have rain, they will have a flood. The Iranians attempted to attack Israeli territory, but not a single missile hit Israel. Some fell in Syria, and some were shot down by the Iron Dome. We have hit almost all the Iranian infrastructure in Syria.”

The Russian Ministry of Defense provided its breakout. The Russians told local media that Israel used 28 F-15 and F16 fighters and fighter bombers to fire around 60 rockets at installations in different parts of Syria. Israel also launched 10 surface-to-surface missiles.
The Israeli army is preparing for the option that Hizballah will try to intervene in the exchange of fire and attack from Lebanon.
Israeli Prime Minister Netanyahu was in Russia during the attack. The Israel Defense Force spokesman said that Israel informed Russia prior to delivering strikes at targets in Syria. Russian forces did not intervene.
The Syrian Observatory for Human Rights said the Israeli attacks killed 23 fighters, including five Syrian soldiers. It said it was not immediately clear whether Iranians were among those killed.
Syria’s state news agency SANA quoted a Syrian military official as saying Israeli missiles hit air defense positions, radar stations and a weapons warehouse but claimed that most incoming rockets were intercepted.
Iranian Reaction
Iran does not want “new tensions” in the Middle East, President Hassan Rouhani said in a telephone call with German Chancellor Angela Merkel.

“Iran has always sought to reduce tensions in the region, trying to strengthen security and stability,” Rouhani said, according to a statement on the website of Iran’s presidency.

In hindsight, the Iranian rocket attack from Syria looks like a warning to Israel in that no damage or casualties resulted. The Iranians are better shooters than that. If so, the Iranians grossly misjudged the temperament of the Israelis at this time. The result was a nonverbal miscommunication by force for which the Iranians paid a heavy price.
Two other noteworthy points are the size of the Israeli strike force and the number of Iranian targets in Syria. The Syrians and Iranians were not prepared for the size of the Israeli raid.
As for the targets, this is the first time that the size of the Iranian target population in Syria has been disclosed in open sources. The Iranians have been busy building a military infrastructure in Syria. By listing the targets, the Syrian news agency’s attempt to minimize the effects of the Israeli raid actually helped reinforce Israel’s justification for attacking.
Russian inactivity signifies that Russia perceives no threat to its forces and infrastructure and no threat to the Syrian government. Prime Minister Netanyahu apparently persuaded Russian President Putin that Iran is the target. Russia will not intervene.
There will be more Israeli attacks. Israel will be acutely vigilant about the threat from Hizballah (an Iranian cat’s paw). The confrontation could expand into Lebanon.