From Barack to the Turks and the Norks 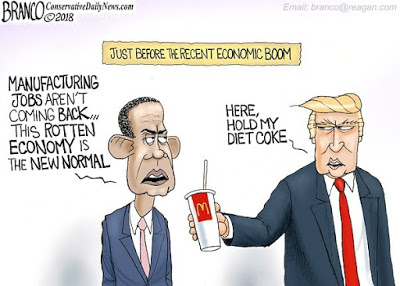 Facebook
Twitter
Pinterest
WhatsApp
What About Barack?
I know, the stock answer is, “who cares?” I have to agree with popular wisdom. At the same time, the man who presided over the dismal and near ruinous ObamaNation, with corrupt Hillary by his side trying to extract money from other nations to fund her personal ambitions — is on the rubber chicken circuit.

You all know how the circuit works. Somebody pays Barack $100K to show up and bullshit for an hour or so. There’s always an executive jet to haul him, possibly a catamite or two for his entertainment. He bad-mouths America (no switch from when he was president) and claims credit for the Trump Recovery which has put over six trillion in wealth/value into the nation through the stock market since Barack left office.
The dismal, depressing, sad, grinding years of economic malaise are over and even President Trump’s opponents are crediting him with the most remarkable economic turn-around in US history. And that presents a problem for the Democrat Party because they don’t know what to run on. Tax cuts, bonuses from business to workers, pay raises and a booming economy is something that Barack is taking credit for, but nobody is buying it.

The Turkish Army hasn’t been able to make any headway against the Syrian Kurds who hold Afrin.

(note that in the video, they hit the SECOND tank in the column to block the first Turkish Leopard tank from retreating…)

US made anti-tank weapons work remarkably well, the MANPADS (FIM 92 Stingers) keep Turkish jets at around 15,000 feet + and deny Turkish commanders on the ground close air support. American made artillery with radar guided counter-battery fire neutered the Turkish tube artillery. The Kurds abandoned the City of Afrin and really don’t care if the Turks bomb the place. They took up a defense in depth and the only option the Turks have is to send infantry forward, unsupported. And what would it look like if Turkish front line dismounted infantry is destroyed by the Kurds?
Those of you who were concerned when the US invited the Turks to have at it need not worry. There was no reason for Americans to die in a cause like this when the Kurds are trained, armed, and are itching for a fight. CNN has a branch in Turkey called CNN-Turk that is very anti-Kurdish. Most of the news that comes out via CNN is propaganda. Big shocker there isn’t it?
As things sit presently, the Turkish armor pulled back and the Turkish Air Force is flying sorties against the unoccupied city, lobbing in bombs, teaching the Kurds a lesson.
Thoughts on North Korea
It’s still hard winter in North Korea and with dwindling food supplies, large contingents of the Nork Army have been turned loose on the peasant population to take whatever food they can find. If the army starves, they might mutiny, so Un finds this to be the only workable solution. I agree, it’s that or the fat man could just eat himself to death.

North Korean officials desperate to feed Kim Jong Un’s hungry army are ransacking the homes of drought-stricken farmers to collect every last grain of food inside, according to a report that highlights rising tensions between the regime and the public.

The raids come weeks after news surfaced that soldiers in Kim’s army are being given months off at a time to scrounge around fields to find food.

“Officials carried out home searches in Paekam County to determine how much food some families had,” a North Korean source told Daily NK. “As an excuse to enter and demand bribes, they said to the residents, ‘Are we just going to let our military starve while the Americans lick their lips and prepare to eat us alive?’”

The Seoul-based website, which covers the Hermit Kingdom through a network of informants, published a photo last month purportedly showing North Korean soldiers rummaging through a corn field.
The reality is that many people starve to death or die of a combination of the cold winters and chronic malnutrition in North Korea. Peasants eating tree bark to try and survive is nothing new. If the Un regime suddenly caved, feeding the starving Norks and treating them for chronic illness would be a worldwide crisis. So long as the wall is up, the peasants will have to endure as they always do. The wall between North and South Korea works most of the time…