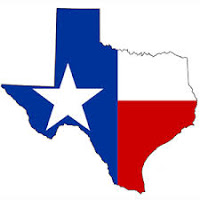 Log Item: I’m running around Dallas, San Antonio, etc. and one of the first things that you notice is that the economy in Texas is doing better than it is in California. Both states border Mexico. Both states have beaches, and beyond that, they couldn’t be more different.
It’s strange to be in a place where some of my views are considered “liberal”. Really strange. Like, over-the-top strange. Me? Yes, it’s apparently true. Part of what I’m doing in Texas involves collaboration with professors at a state university, and even there, I find that I’m being out conservatived (is that a word)? It’s not a bad thing. I simply feel that I may have walked into the Twilight Zone at times.
You can’t bad-mouth Hillary Clinton at a California University without fear of arrest (on some sort of “trumped” up charge). In Texas if you mention candidate Clinton, the automatic response is “Oh, the Bitch of Benghazi?” —they stole my line! It’s almost like a Seinfeld episode in that regard. I’m using TV metaphors here because it’s the only way to adequately explain myself.
Log Item: People I’m working with set up a meeting with seriously high government officials here in Texas. Their comment when the meeting was being arranged was, “Why are you bringing a foreigner here to speak with us?” They may fear that I am a transgender or some other form of social pariah judging that I arrived from the “land of fruits and nuts”.  Nobody talks about the Kardashians to my face, but there is the subtle hint that I may be sympathetic to them. I may need to move to Arizona in an attempt to remove the stain.