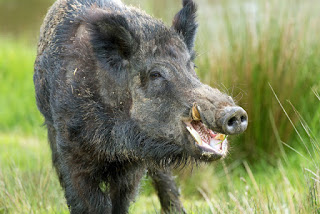 Facebook
Twitter
Pinterest
WhatsApp
Atlas is Shrugging
There is a species of insanity in Sacramento, California. The Democrats, furious that business will enjoy the benefit of a national cut in taxes paid by businesses, are working to loot the state even further in the name of ‘social justice’ (buying votes).

Calling the Trump administration’s tax reform plan a “middle-class tax increase,” two California lawmakers introduced a bill that would force large companies to fork over half of their expected savings to the state.

Assemblymen Kevin McCarthy and Phil Ting, both Democrats, introduced Assembly Constitutional Amendment 22, which calls for a 10 percent surcharge on companies with a net earnings over $1 million. The plan could potentially raise billions for the state’s social services programs.

“It is unconscionable to force working families to pay the price for tax breaks and loopholes benefiting corporations and wealthy individuals,” Ting said in a statement, according to The San Francisco Chronicle. “This bill will help blunt the impact of the federal tax plan on everyday Californians by protecting funding for education, affordable health care and other core priorities.”

The Trump Aministration’s tax bill cut the corporate tax rate from 35 percent to 21 percent. The administration contends that the lessened tax burden will stimulate the economy and help the U.S. stay competitive on a global scale.

Clearly, any business that nets over $1 million per year in California needs to be bled. It’s Atlas Shrugged on a grand scale. Ayn Rand had it right. It’s time for businesses to leave California and take the jobs they offer to other states. There is an imperiousness and a smug, sly calculus used by California Democrats. They feel that so long as they can lure welfare recipients from other states by paying 33% more and maintaining the illegal alien population, they can be re-elected forever. Naturally, all this is paid for by businesses and those who have jobs.

The Lovable and Predictable FBI

A new batch of FBI text messages quietly turned over to Congress on Friday revealed new information in the FBI probe of Hillary Clinton’s mishandling of classified emails. It also came with a cover letter from FBI Director Chris Wray explaining that a lot of FBI text messages that were supposed to be preserved–have been lost. 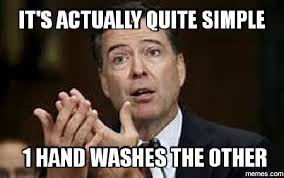 Wow, they lost the secret e-mail that could get them indicted. That’s shocking. It’s just another technical error – like the deletion of 33,000 Clinton e-mails.
In previous text messages produced to the House of Representatives, FBI Investigative shot caller, Strzok and his mistress, FBI attorney Page discussed needing an “insurance policy” in the event Trump were to become president. The newest batch of text messages turned over on Friday show that in February of 2016, Page texted Strzok that then-candidate Trump “simply can not [sic] be president.”
Any neutral observer would have to be concerned about supposed missing evidence from a premier law enforcement and intel collection agency as well as the types of discussions and conflicts of interest apparently at issue with key officials within the FBI. It’s one more piece of a developing story that unfortunately points to alleged misconduct by some at top levels in our intelligence community. If the allegations bear out, it could have huge implications for a number of investigations handled by the officials in question over the past decade — not just cases related to the 2016 campaign.
Many of us, familiar with how the FBI routinely conducts business out of its headquarters, are not surprised.