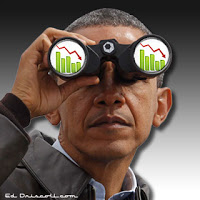 Facebook
Twitter
Pinterest
WhatsApp
Nullifying the First Amendment
In a landmark decision, the Fourth District Court of Appeals held that a reporter had no privilege with regard to source confidentiality.
“Our country’s Founders established the First Amendment’s guarantee of a free press as a recognition that a government unaccountable to public discourse renders that essential element of democracy meaningless.” In a dissenting opinion, Circuit Judge Roger L. Gregory said the majority ruling was a fateful mistake. “Under the majority’s articulation of the reporter’s privilege, or lackthereof, absent a showing of bad faith by the government, a reporter can always be compelled against her will to reveal her confidential sources in a criminal trial.”
Allah is my Co-Pilot (and my lawyer)
So says the 6’2″, 450 pound murderer.

The First Family headed off on another vacation to Martha’s Vineyard while most of the Federal Government has taken a drastic pay cut in the way of furloughs. Though it’s not for me to say, it might have been a better move to fly the family to Camp David for the summer and spend the dog days vacationing there out of the limelight. Obama, ever the narcissist, won’t be running for election again, so what does he care?

Will the Democrats turn on ObamaCare when they realize that you need a photo identification to claim benefits?

Saying that the wheels are coming off the trolly – as it pertains to the President’s baby, the legislation that was to be his legacy to America —– is an understatement. At every level, the mess that conservatives predicted is coming to pass and the chickens are coming home to roost.  And what of Obama? He seems to be clinging to it bitterly in the hope that somehow $50 trillion or so will magically appear and make it affordable.

Everybody remembers 2009′s “if you like your doctor you can keep your doctor” promise:

How long until that becomes, “you’re gonna love your new doctor”? (h/t Malkin)

Last week, Michigan Ingham Country Circuit Court Judge Rosemarie Aquilina ruled that Detroit’s bankruptcy filing must be withdrawn because it is (in her opinion) unconstitutional. She said that a Detroit bankruptcy would not honor President Obama.

When I first read that, I thought that something so blatantly foolish would have to be an Internet hoax. But it’s not. So who cares? Let the City that Progressives built, rot.
See one possible solution to the Detroit Dilemma in a previous Virtual Mirage posting, “Why is Detroit Failing“?

In 2003, Robert S. Lady was CIA Base Chief in Milan, Italy and is alleged by the Italians to have renditioned Osama Moustafa Hassan Nasr (Mullah Abu Omar) from Milan to Egypt, where the mullah was a wanted criminal.

(Fox News) A Panamanian National Police official said Lady, 59, had been detained Wednesday on the Costa Rica-Panama border. The official also spoke on condition of anonymity due to lack of authorization to discuss the matter.

The government of Panama, which maintains one of the region’s closest relationships with the U.S., was officially silent on the case. Security Minister Jose Raul Mulino told The Associated Press that he was unaware of Lady’s detention and the press office of the National Police — which works with Interpol, the international police agency — said it had no information. The CIA also declined to comment.

The Italian government indicted 23 members of the US Government on this matter including Colonel Joseph Romano, security chief at Aviano Air Force Base (Abu Omar’s point of departure from Italy).
Italy and Panama have no extradition treaty, which leaves me mystified as to why the Panamanians detained Lady in the first place.
Obama’s Mouthpiece
Two senior US military officers testified before Congress last week, explaining that they believe that Syrian government forces are winning the so-called civil war in Syria. A US press spokesman, however, said the Damascus government will never govern all of Syria again. Unfortunately, that person knows very little about the Middle East and less about Syria. Black activist preachers Al Sharpton and Jessie Jackson have asked Black people nationwide not to buy anything from the State of Florida to protest the Zimmerman self-defense verdict.

President Obama carried Florida in the last election and Florida has its share of Democrats elected to public office. I think that the call for the economic destruction of Florida might be just the thing to tip the state in to the arms of the Republican Party.

Thanks Al and Jessie!