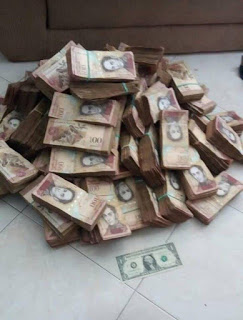 Compare Venezuelan currency by value to one dollar (right).

USGOV confirmed North Korea has transferred the remains of soldiers from the Korean War to US custody. The Associated Press reported that a US C-17 transport aircraft carrying the remains of soldiers who died in the Korean War left Wonsan, North Korea, and arrived at Osan Air Force Base in South Korea on 27 July.
The transfer was made on the 65th anniversary of the signing of the Armistice. Chairman Kim visited a monument dedicated to the North Korean soldiers who died in the “Fatherland Liberation War.”

North Korea is acting to ensure that the peace dialogues continue. In light of Chairman Kim’s personal assurance to the US President on 12 June, a transfer of remains was certain to take place. They will be taken to the central identification laboratory in Hawaii for processing.
North Korea has now kept two commitments to the US President – dismantling the rocket engine test stand and transferring remains. It needs relief from sanctions and expects some resolution of the issue of a declaration of the war’s end. In a commentary on 24 July, the North Korean leaders said they want a bold move towards peace.
Footnote to history: Defector sources provided a possible explanation for Chairman Kim’s failure to meet the US Secretary of State on 6 and 7 July in Pyongyang. Their sources in North Korea reported that Kim’s VIP aircraft experienced an inflight problem that forced it to make an emergency landing at Hyesan, a remote mountainous area on the Chinese border.
The official story was that Kim was on an inspection trip to Samjiyon. The defector sources reported that the real story is that his aircraft was stranded at Hyesan City. Kim also missed an inter-Korean basketball game which was scheduled in the same time period and which he first proposed.
How does the former First Family feel about these big wins? 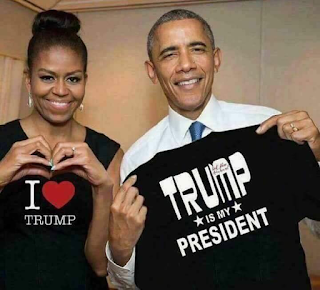