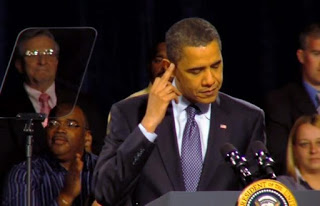 Facebook
Twitter
Pinterest
WhatsApp
Context: The Houthis, officially called Ansar Allah (“Supporters of God”), are members of an Islamic religious-political-armed movement that emerged Northern Yemen in the 1990s. Keep in mind that there are no “nice parts of Yemen”. From my perspective, it’s one of the worst places on Earth. The Houthis are Shia, funded by Iran. We can parse words on this, but the money that keeps them going comes from Iran, therefore Iran calls the shots.
On 25 July, a statement from Saudi Aramco said “two Very Large Crude Carriers [VLCCs], each with a two million barrels capacity … were attacked by terrorist Houthi militia this morning in the Red Sea. One of the ships sustained minimal damage. No injuries nor oil spill have been reported.”
Saudi-led Coalition spokesman Colonel Turki al-Maliki said that the terrorist attack in international waters off Hodeidah port failed due to the immediate intervention of the Coalition’s fleet.

The tanker sustained minimal damage, he said. “This attack is a dangerous threat to the freedom of navigation and international trade in the Red Sea and Bab al-Mandeb strait, which may result in environmental and economic losses,” he warned.

“The continuation of such attempts demonstrates the real threat of these militias and their backers to regional and international security,” Maliki added.

Following the attack, Saudi Arabian Energy Minister Khalid al-Falih said the Kingdom will immediately halt oil shipments through the Bab el-Mandeb Strait.
The Houthis said they targeted a Saudi warship.
Saudi Aramco was the first to announce that it had halted all its oil shipments until safe passage could be assured.
It is unclear whether the Coalition will halt all shipments or just all Saudi shipments. A Coalition halt to all oil shipments through the Strait could internationalize this conflict by threatening to increase oil prices and reduce availability in Europe.
Both sides have an interest in internationalizing the civil war, for different reasons. The Houthis fired a missile at a tanker in April in an effort to generate international pressure on Saudi Arabia to stop the fighting and reach a settlement. The threat was hollow because the attack did little damage and the Houthis could not sustain the threat to make it credible.
The Saudis already have an international coalition but have lacked the leverage to pressure Iran to restrain the Houthis. Until now. Closure of the Strait to all tankers (restricting access to the Suez Canal) also would reduce Iranian oil shipments, adding to US sanctions.
European countries might be persuaded to pressure Iran to use its influence with the Houthis to stop the fighting. The Baltic and International Maritime Council (BIMCO) has issued threat warnings for boat-borne explosive devices, sea mines and missile attacks from the Houthis. These warnings are in addition to the normal warnings against piracy.
It may mean higher prices at the pumps.

I have no idea how any American president could have done for Iran what Barack Obama clearly did. Bribes, kickbacks, and secret bank accounts HAVE TO BE INVOLVED. When we look at the skulduggery of the entirety of the Obama years, it’s difficult to be surprised if that is the case.