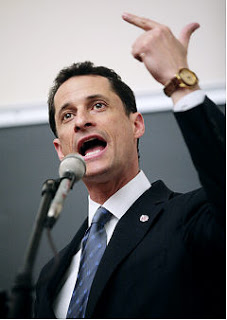 Facebook
Twitter
Pinterest
WhatsApp
The Mainstream Media
Who does Congressman Weiner work for? An impartial outside observer might draw the conclusion that Weiner works for the mainstream media who rallied around him and tried to save their treasured colleague from disgrace and humiliation.
Those are the same people who send hoards of reporters to trail Sara Palin around, seize upon her every word and distort it; which dissects every nano-second of her private life from childhood on, etc., and actively shunned this story about a member of the Donkey party the way lepers were shunned in the Middle Ages.

The Mainstream Media seem to have a vested interest in keeping Weiner in power. They had to be brought to the story dragging their heels kicking and screaming while simultaneously not only echoing Weiners charges of hacking but themselves casting aspersions at everyone save Weiner.
Then, suddenly, Weiner’s press conf. was over (And notice that CNN muted the sound on Breitbart during his time at the podium. They couldn’t kill the feed, but they could kill the sound.) the chattering classes began the “personal tragedy” theme/”meme”–that this country is facing huge problems. We  should now just MoveOn because this is all now a strictly “private matter” between “he and his wife.”
There was no outrage at the continual lies, the press conferences where Weiner continually ‘perjured’ himself to the American public. This is the same press that won’t carry the story that the most dangerous place to be black in America is in the womb, so we shouldn’t be surprised at the moral consistency.
Democrats

Weiner is a Democrat. Democrats as a group operate under slightly different rules than the Republicans seem to. It’s not because either group is ethically or morally superior to the other, but rather because of the fellow travelers they’re with and the peer pressure they experience.

The Republicans courted the Christian vote, hence being Chris Lee and sending a photograph of your torso without a shirt to somebody you met on Facebook is considered worthy of resignation. Christian voters consider that rude and won’t stand by the folks who do it.
Weiner sends a picture of his courtin’ tackle to somebody who at least virtually had to go through the effort of accepting a handshake on Facebook, and does not think it’s an offense worth resigning for. How can anyone blame Weiner? Oh, sure he lied about it on camera again and again but how is lying something unusual for a lawyer and a Congressman? 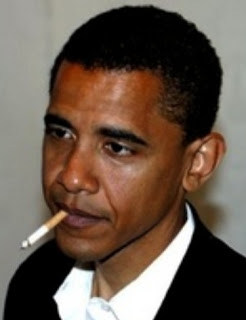 Weiner is a member of the party that represents gays, transgendered, transexuals, atheists, pagans, agnostics, mimes, starving artists, any other minority fringe organization that can possibly be identified. He’s a member of the Party in Power in bankrupt California that always carries the votes in districts such as Haight-Ashbury, Berkeley, Castro, The Mission, and Fillmore. What are they going to do in Castro, put away their leather and chains and quit giving and voting for Democrats? They may support a different candidate next election, but not a different party, and being the incumbent has advantages.
Weiner may well be re-elected by New York voters.
Most Americans elect and re-elect people that they wouldn’t invite into their homes. Why is that?
Seriously. How many of you would want to have Barack and Michelle as house guests? What about Barney Frank and his “wife”?