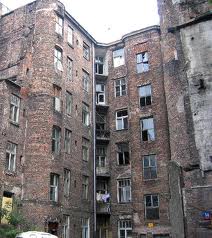 Detroit is a city of the future, or so it’s said. It’s a model welfare city where the parasites took over. And it’s depopulating. Plans have been put into motion to essentially remake entire neighborhoods into farmland by bulldozing them. There are so many deserted homes in Detroit, that the City Fathers decided that it makes sense to collapse the size of the city.

Not a great option, but what do you do with a dying city?  It’s already Thunderdome. (LINK) Now they feel as if they can make it an up-scale Thunderdome by collapsing the size. Will it work? I don’t know. Detroit’s new plan of cutting police, power, and garbage collection in a full 20% of the city is just a cost-saving move, but it seems to me like like it’s part of the plan to cull the city into something smaller.

The Welfare parasites captured the town and now that the host is dying, they’re dropping off the carcass and moving on to a new host. It’s clearly true that it happens in nature and now we’re seeing it in a major American city.

I’m sure that it’s not the last.

Do yourself a favor and follow the link (above) and read for yourself. The Motor City isn’t much of a city in the classic sense anymore. And it will be even less of a city in the future. It all begs the question of WHY. For many of us, the answer is clear since it’s the poster child of the welfare state.

I worked for a major international company two years ago and one of my jobs was dealing with the Russian Mafia in Detroit. The Russians were stealing them blind. How I dealt with it (successfully) is a subject for another day, but running around a city that seemed to be managed by competing mafias did feel as if I was working in a sci-fi movie.

**Factoid – Detroit, MI has the single largest concentration of Iraqi people in the nation.