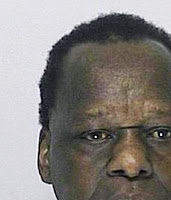 Some of you will recall that Uncle Omar (Onyango Obama), an undocumented person (illegal alien) who crashed into a Farmingham City (Plymouth County) Police Car while drunk, was taken into custody for drunk driving (a misdemeanor) and using a fraudulent social security number (a felony) and the Department of Homeland Security/ICE placed an immigration detainer on him.
I know that you shared my outrage that Uncle Omar was arrested by the police in the first place. It appeared to me to be a blatant case of racism and by extension, of bias toward Uncle Omar because he had a blood relation to the first Black President. Yes, it’s the same bias used against Auntie Zeituni Onyango (Obama) because (1) she’s black, and (2) She has been in the US illegally and (3) has been on welfare while here illegally. Is it a crime to be Black in America? When will the outrages against people of color stop?
The White Man ordered him returned to Kenya in 1992 but there are no jobs and no government money back home in Kenya to support him in a way that is only decent. He stayed in the US. Who wouldn’t? It’s a free country isn’t it? All Uncle Omar wanted was access to free medical care, food stamps, welfare, and the ability to take a drink now and then when the need took him. It’s depressing to be a Black Man who is continually oppressed by Whites. Who wouldn’t take a bit of pop-skull to ease their pain?
But don’t despair! Justice has been done. Likely the Leader of the Free World whispered a word in the right ear.

“The policy that allowed Omar to disappear is “voluntary departure” — a security-undermining mechanism that allows illegal alien border-jumpers and visa-overstayers to simply deport themselves after going through the federal immigration court system. Omar lost his first case to stay in the country in 1989; he lost a second bid with the Board of Immigration Appeals in 1992.”

Where in the world is Uncle Omar? 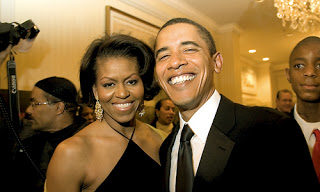 “The 2012 election is about our future. Help change the world again”. – President Obama