There’s a lot of Presidential noise directed toward passing ‘Stimulus Two’, which is half the size of ‘Stimulus One’ and is designed to do about half of what Stimulus One accomplished. I know, there are cynics out there who will assert that Stimulus One did nothing and that it’s impossible to do half of nothing. All well and good, but for me personally and for my community, there is a way to make Stimulus Two mean something.
My letter to President Obama:
President Obama: Write a tax-free check to me, personally, for one billion dollars. That’s only 1/447th of what you want Congress to appropriate, so it’s literally chump change from a national perspective. With that money, I promise to stimulate the local economy.

I live in California. California is a red state. If I get the money, I promise to spend the money inside the red state and boost the local economy. No, I’m not an oligarch at the moment, but the money will allow me to become one and the hope and change that it will bring to the struggling proles in California will be sure to buy a few votes for you in the 2012 election. For a mere billion, I’m sure that I can get quite a few people to vote for you instead of your Republican opponent. Giving me a billion dollars (of money you plan to borrow from China) tax free, will demonstrate your commitment to hope and change on a local level.
To show you that my heart is in the right place, after the check clears, I promise to spend $100,000,000. of the one billion on charities that dole out money to black people. It will leave me a mere 900,000,000 to spend on a really nice yacht, mansion, domestic staff, private jet and other luxury items that will pump the stimulus funds into the economy. Yes, I’m obviously a Democrat. 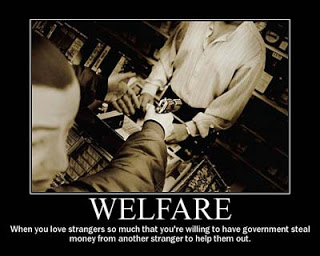 I think this explains why LOVE is at the heart of my request.
After all, Mr. President. As a narcissist, you know the true definition of love.